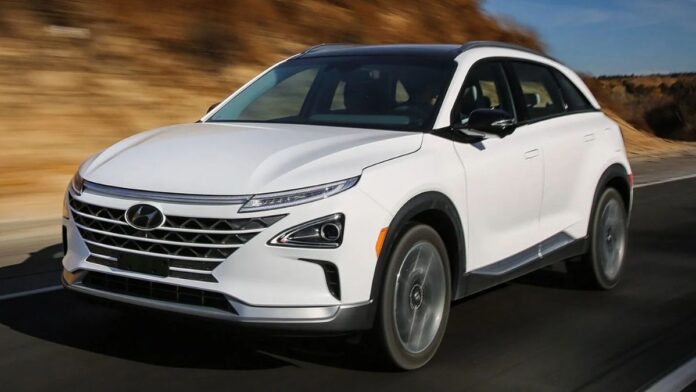 In the United States, Hyundai is recalling a number of 2019 Nexo cars owing to a suspected hydrogen fuel leak.

When a 2019 Nexo caught fire at a hydrogen fuelling station in South Korea, the South Korean automaker began looking into a potential problem with the vehicle. The particles from the gasoline input receptacle filter disengaged shortly after the fuelling was done, according to an investigation. This caused hydrogen fuel to seep into the fuel filler chamber from the receptacle.

After the owner discharged static energy after making touch with the filling cap, a tiny fire broke out. Fortunately, the filling station’s fire suppression equipment swiftly put out the fire.

According to Hyundai’s analysis, the receptacle filter material might detach soon after refuelling, increasing the danger of a fire. Only one incidence has been reported as a result of the defect, and the manufacturer has concluded that a supplier used a prototype epoxy-bonded filter instead of the genuine laser-welded filter.

In the United States, a total of 54 Nexo models from the 2019 model year have been recalled. They were constructed between August 10 and December 17 of this year.

The recall will be communicated to affected owners by first-class mail in early June 2022. They must take their automobiles to a Hyundai dealership near them, where the hydrogen fuel input receptacle will be changed free of charge. Hyundai would also repay any owners who paid to have the problem fixed before.