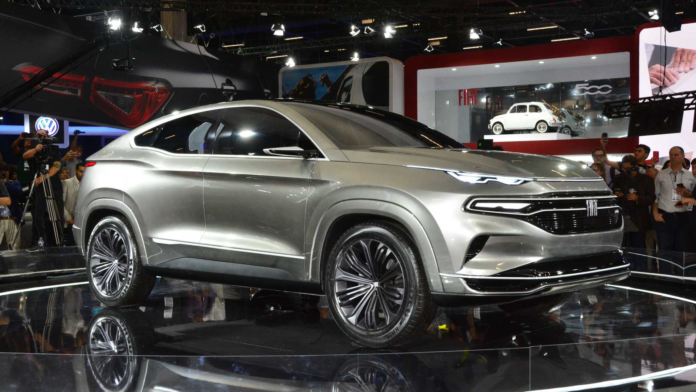 Fiat Brazil’s answer to the Volkswagen Nivus (known as the Taigo in Europe) has arrived in the form of the new Fastback, following the unveiling of a namesake concept in November 2018. It’s a small SUV that rides on the same MLA chassis as the Pulse and is fitted with a coupe stick. It is essentially an advancement of the MP1 architecture that was utilised in the Argo and Cronos.

Technical details are yet to be published, although it should be about the same size as the Pulse. The latter metres 1.57 metres (62.2 inches) in height, 1.77 metres (69.8 inches) in width, and 4.1 metres (161.4 inches) in length, with a 2.53 metre wheelbase (99.7 inches). The 2019 Fiat Fastback appears to have longer overhangs, and we believe it could benefit from wider wheels. The coupe-load SUV’s capacity of 370 litres (13 cubic feet) is not likely to be matched by the Pulse due to its sloping roofline.

According to Motor1.com Brazil, the local premiere will take place in October as Fiat Brazil’s most expensive model after the 500e and commercial vehicles. According to rumours, only turbocharged engines—a three-cylinder, 1.0-liter unit with 130 horsepower and a bigger, 1.3-liter engine with 185 horsepower—will be used to power the Fastback. The coupe-SUV is anticipated to include a six-speed automatic and a CVT, depending on the engine option.

Although no pictures of the interior have been made public, logic tells us that it will mostly resemble the Pulse’s cabin. This implies that a 10.1-inch touchscreen will coexist with a seven-inch digital instrument cluster while maintaining separate controls for the climate. The decreased roofline could result in less headroom for the backseat occupants.

We wouldn’t hold our breath for Stellantis to bring the Fastback to Europe where it would take on the VW Taigo. Disappointingly, Fiat is much more active in South America than on the Old Continent and that’s unlikely to change in the foreseeable future.