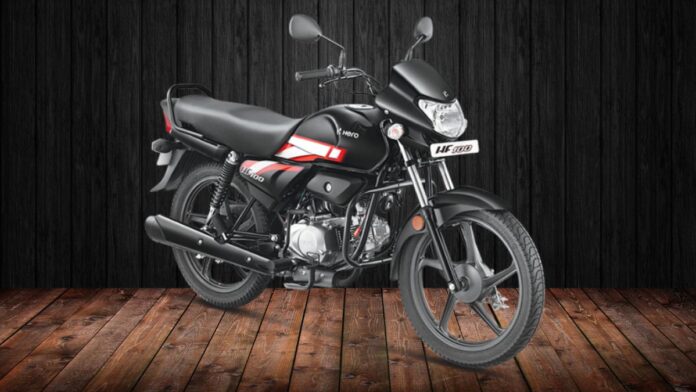 The Hero HF 100 focuses more on functionality than form. The engine is 97.2 cc, an air-cooled, single-cylinder unit that is also equipped with fuel-injection technology. It has a seat height of 805mm and a ground clearance of 165 mm and offers 18-inch alloy wheels and tubeless tires without an option of an electric start.

The fuel tank is slightly smaller at 9.1 litres. The motor belts generate a maximum power output of 7.91 bhp at 8,000 rpm along with a peak torque output of 8.05 Nm at 5,000 rpm and comes mated to a 4-speed gearbox. It is suspended on telescopic forks up front and hydraulic shock absorbers at the rear. The motorcycle weighs a light 110 kg. The braking hardware consists of 130 mm drum units at the front and rear, along with a blacked-out handlebar.