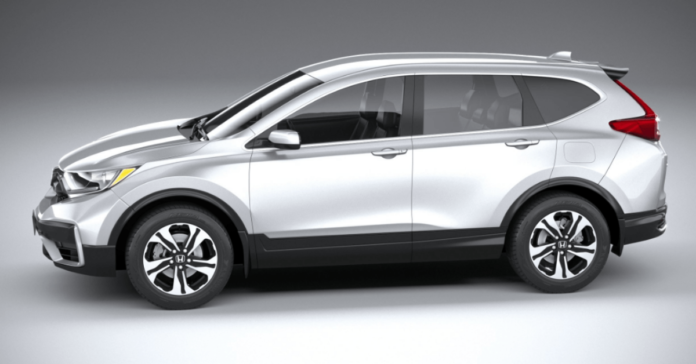 In the global market, including India, the Honda CR-V has reached the end of its cycle. It was available in both 5-seater and 7-seater configurations prior to its retirement. The Honda CR-V was one of the first premium SUVs to offer a 5-seater option. The Honda CR-V, Civic, and Accord were all discontinued in India after the Japanese automaker shut down its operations in Noida.

Honda is currently working on the next-generation CR-V. Images of what appears to be a new Honda CR-V are circulating on the internet. The front and rear of the premium SUV were plainly visible in these leaked photographs.

The design of the next-generation CR-V is consistent with current Honda vehicles. The front fascia includes a horizontally slatted grille with a large slab of chrome underlying the bonnet underneath. LED headlights with unique internals and integrated LED DRLs define the grille. The SUV sports a big, sturdy front bumper that adds to its toughness. The new-generation HR-V appears to have affected the LED position lights on both sides of the bumper.

L-shaped LED taillights and twin exhaust pipes are included on the next-generation CR-V. The SUV has a chrome beltline around the windows, side door cladding, and huge overhangs on the sides. 18-inch alloy wheels, a sunroof, a shark-fin antenna, and a roof-mounted blacked-out spoiler are among the other aesthetic features.

You May Like:  Rahul Bajaj, Former Chairman Of Bajaj Auto, Passes Away