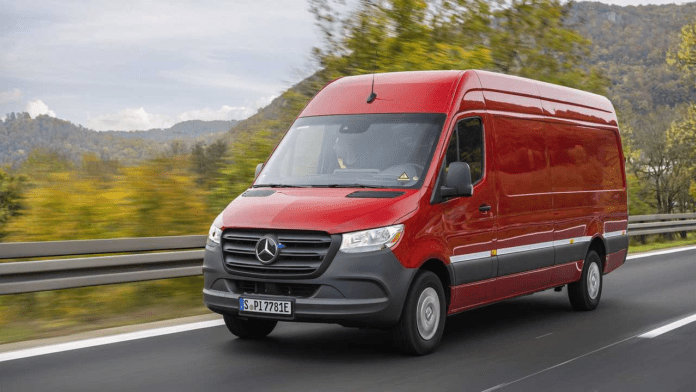 Vans are not supposed to be exciting as their primary role is to get the job done. These need to be adaptable and keep fleet operators’ operating costs down, whether they are transporting people or cargo. Mercedes is gradually converting its passenger vehicles to electric propulsion while also giving its workhorses the EV treatment. Range anxiety will take some time to overcome, but the eSprinter is making progress.

The electric van’s near-production prototype reached a significant milestone before being officially unveiled at the end of February 2023. On October 19, it underwent a consumption measurement test in a real-world setting as opposed to a lab, where conditions are typically less demanding on vehicles. Without making a pit stop to recharge the battery pack, the route involved driving from the Mercedes-Benz Museum in Stuttgart to the Munich Airport and back.

Without using any closed sections of the road, the test was carried out in the open. It addressed some inner-city traffic as well as federal highways and roads. Mercedes wants to emphasise that it purposefully chose to drive the electric van up the Swabian Jura, not the most effective route to extend the eSprinter’s range. Mountainous terrain can be found there in Baden-Württemberg.

The Sprinter is an entirely electric vehicle that TÜV Süd certified to have an average fuel consumption of 21.9 kWh per 62 miles (100 kilometers). The elevation of the road ranged from 689 to 2,575 feet above sea level, or 210 to 785 meters. The test vehicle could go another 12 miles on a single charge after travelling 295 miles (475 kilometers).

Recall that starting in the second half of 2023, the eSprinter will be put together both in Charleston, South Carolina, and in Germany at the Ludwigsfelde and Düsseldorf factories. The Mercedes-Benz Vans Electric Architecture, a specialised EV platform designed specifically for commercial vehicles, will be unveiled two years later. Beginning in 2025, the VAN will serve as the foundation for all upcoming large and midsize vans. EA.

Cool Interior Designed By GM Could Have Been Fantastic For Camaro