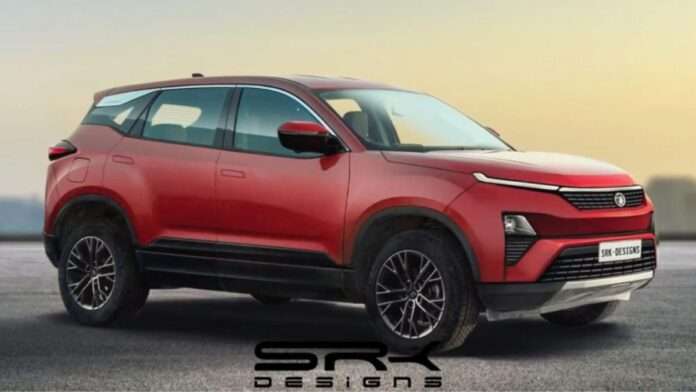 Tata Motors appears to be testing the redesigned Harrier and Safari on Indian soil. The test mules have been spotted numerous times in recent months, and now we have a new spy image showing the rear of both SUVs. The 2023 Tata Harrier and Safari were photographed together in Bengaluru, wearing full camouflage.

They are expected to make their global debut in January 2023 at the 2023 Auto Expo before going on sale. Facelifted versions are likely to include exterior and interior changes and ADAS-based driver-assistive and safety technologies. Autonomous Emergency Braking, Blind Spot Monitoring, Lane Departure Warning, and Rear Cross Traffic Alert are all possibilities.

We can also anticipate new surface trims and materials as part of the package. The 2023 Tata Harrier and Safari could have a redesigned front grille, tweaked headlamps and Daytime Running Lights, an updated front bumper, a mildly updated rear profile, newly designed alloy wheels, and so on.

However, the overall proportions are likely to remain unchanged. Speculations about an electrified Harrier have been around for a long time, and we may see it in the future. The Harrier five-seater and Safari three-row SUVs are currently powered by a 2.0-litre four-cylinder turbocharged diesel engine producing 170 PS and 350 Nm of peak torque.

It comes standard with a six-speed manual transmission, but a six-speed automatic transmission is available. The same powertrain will remain in place with no changes in performance. We do not anticipate any significant changes on the mechanical front.