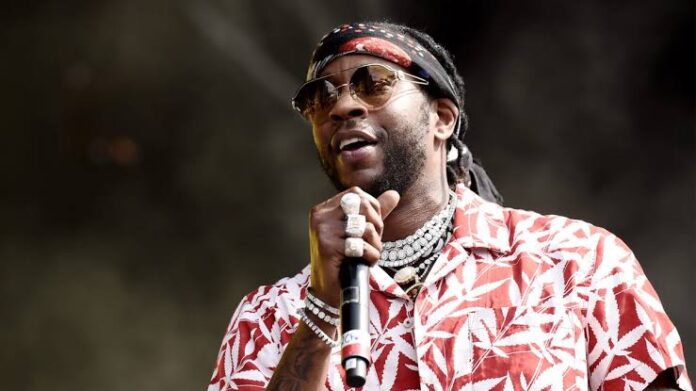 A very rare vehicle is the next item on the list. He received the Sherp ATV as a gift from the rapper Ye. It is an all-terrain vehicle that can travel over any type of terrain and can even float. This unique car’s massive size gives it a commanding presence on the road that would be ideal for a well-known rapper.

One of the most popular SUVs today, especially among the global rap scene, is the Lamborghini Urus. It makes sense then that it would even be found in 2 Chainz’s collection of automobiles. In keeping with his preferred colour scheme, 2 Chainz’s Urus is orange. It has a powerful 4.0-liter V8 petrol twin-turbo engine that produces 641 horsepower and 850 Nm of peak torque. An 8-speed automatic transmission with all-wheel drive complements this enormous engine.

The opulent Mercedes-Maybach V-Class is the following on this list of luxury vehicles in 2 Chainz’s garage. Mercedes’ V-Class is their top-of-the-line, luxurious MPV. The Maybach variation elevates everything. The Viano’s interior has reclining seats, ambient lighting, and a tonne of room for luggage and passengers.

The Maybach GLS 600 is the equivalent of an S-Class SUV, and it is one of the vehicles in 2 Chainz’s collection. He has an SUV with a Maybach package, which ups the premium factor. A massive 558 PS and 730 Nm of peak power and torque are produced by its 4.0-litre V8 Twin-Turbo Petrol Engine, which also has an integrated starter-alternator system and a 48V mild-hybrid. The hybrid system with 22 PS and 250 Nm offers a brief additional boost.

It is among the world’s most opulent automobiles. It has since been abandoned though. It was a car that only a few famous people owned a few years ago. This luxurious sports car had a V12 engine with a maximum output of 604 horsepower and 1,000 Newton metres of torque. The top speed was restricted to 250 km/h, and the acceleration time from 0 to 100 km/h is only 5.2 seconds.

A customised Rolls Royce Cullinan is the first car in 2 Chainzon’s collection. It has orange 24-inch Forgiato alloy wheels. It is one of the world’s most opulent SUVs, with a distinctive interior and features. It has a powerful 6.75-liter V12 engine with a maximum output of 563 horsepower and 850 Nm of torque, allowing it to accelerate from 0 to 100 km/h in just over 6.7 seconds. The luxury SUV is capable of a top speed of 250 km/h.