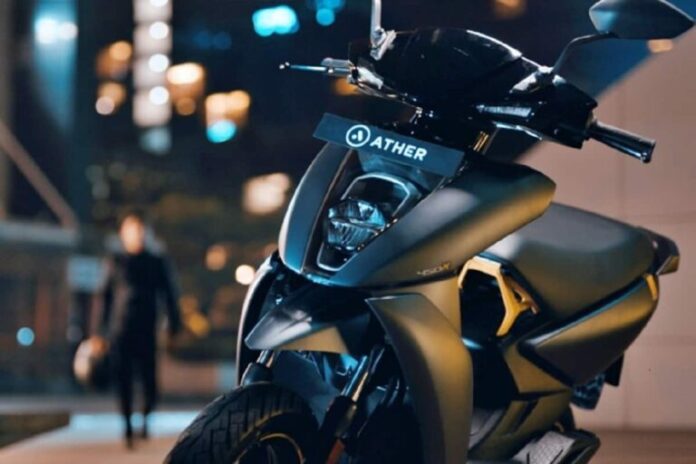 A startup called Ather Energy developed the 450X, which was billed as India’s first premium electric scooter, before the big bang of lightweight electric scooters in India. While there had been other e-scooters on the market prior to the 450’s release, Ather’s electric two-wheeler set the bar for features and performance. Needless to say, Ather cleared the way for a slew of high-end electric scooters to follow.

Despite this, Ather Energy isn’t resting on its laurels in terms of innovation. Following a recent $56 million investment from Hero MotoCorp, it goes without saying that Ather Energy will be releasing new models soon. True enough, Ather CEO Tarun Mehta gave some insight into the company’s future in a report published by popular Indian motorcycle publication Bike Wale. The firm is very excited to introduce two new models to the popular 450 electric scooter line.

Read This: Top 10 Fastest Electric Bikes in the World

Ather now sells both the 450 Plus and the 450X in India, with the latter generating greater sales due to its enhanced features and range. Now, the Bengaluru-based electric car maker is preparing to release a new model with a longer range than the current 450X. Because the aforementioned goal may need a larger battery pack, the new scooter could have a broader stance and larger bodywork to accommodate the larger power unit. On the other hand, top speed and performance are expected to remain largely unchanged.

The second new version will very certainly receive cosmetic alterations in the form of new color possibilities, but the current design will remain unchanged. While all of this is great, it’s important to remember that the new 450 scooters are still under development. They’ll hit the market at the end of 2022 or the beginning of 2023.

Ather’s top-of-the-line model is currently the 450X, which costs around $1,973 USD. If Ather continues to expand in the coming months and years, it’s not impossible that the Indian firm may expand to other parts of Asia and even Europe. Ola Electric, its nearest competitor, has plans to grow throughout Asia as well.