HomeGamingThe 5 Best Racing Games to Play on Your Smartphone !
Gaming

The 5 Best Racing Games to Play on Your Smartphone !

Racing games run the fine line between competitive and casual as you drift past opponents with superb flair. In fact, they were among the first ones to take advantage of a smartphone’s hardware, enabling gyro controls that allowed for swift turns with a slight tilt of the device. The technology has come far as well, offering detailed graphics and sound design that bring the feel of burning tires and an exceptional racing experience on mobile. So, here’s a list of the best racing games to play on Android and iOS.

An absolute no-brainer on this list – Gameloft’s Asphalt series has set the benchmark for racing mobile games, by emulating a similar feel as the Forza Horizon titles. Players are seated behind the wheels of superfast licensed vehicles ranging from Ferrari, Porsche, and Lamborghini to drive around and perform stunts across dynamic real-world locations. 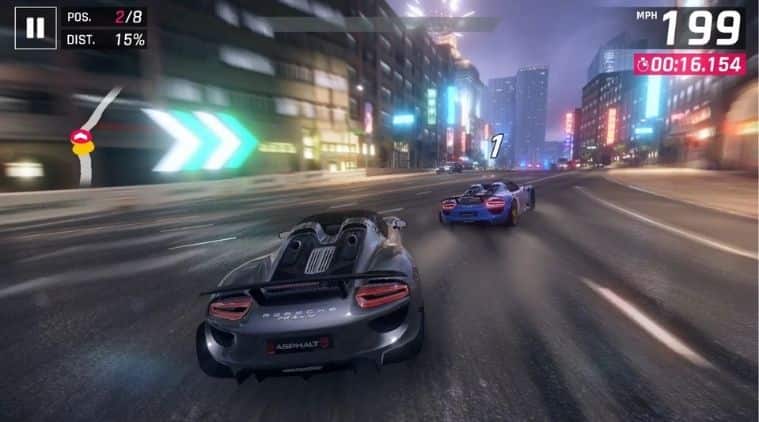 Developer Gameloft has set a benchmark for mobile racing games with its high-resolution rendering and sound design on the Asphalt series.

Customisation options galore, as you swap between wheel rims, body paint, and spoilers to compete in solo and online multiplayer against 7 rival countries. The game can be played in both auto and manual racing controls, and comes with a career mode consisting of 60 seasons.

Sure, you would be competing against AI (bots) 50 percent of the time, but this is the cheapest alternative you could get to reliving the Mario Kart experience. With MK: Tour, Nintendo has fully rebuilt the classic tracks to suit the mobile hardware, albeit they only last for two short laps. You get access to a vast roster of playable characters from the Mario universe, as you swipe around the screen to throw items and disrupt opponents. There is a world tour element as well, where every 2 weeks, the game features new rotating destinations with bonus rewards. Completing challenges and simply winning races earns Grand Stars, which can be used to unlock new cast, kart, and drivers.

Read More: Free Driving Games That Can Be Played Online

With this well-optimised port of the PC version, developer Codemasters have gone back to their roots, bringing in traditional racing elements such as manual handling. Players can compete on a myriad of levels ranging from online multiplayer, offline career mode, and switch between 100 cars and circuits to test out their skills, through dirty streets to noisy drag races. GRID: Autosport is a direct port from PC, including all the DLCs and support for an external gamepad/controller. (Screenshot)

The controls are fully customisable as well, offering choices between tilt, wheel touch, arrow touch, and support for an external gamepad (controller). GRID: Autosport is priced at Rs 149 though, and includes every bit of released content with barely any sacrifice in visuals – making it hard to complain.

The thrilling chase of a 1v1 racing experience comes to life in CSR Racing 2, as players drive around in over 200 top-of-the-line cars such as the McLaren and Ferrari. As a drag racing game in the veins of the Fast and Furious franchise, you can team up with others online to build a crew of elite drivers and compete against rivals to earn points – allowing for in-depth vehicle upgrades in your personalised garage. After every drag race session, players can head into their garage to repair and upgrade their vehicles. (Image credit: CSR Racing 2)

The graphics look hyper-realistic for mobile standards and it comes with a separate campaign mode as well. Keep in mind this is a freemium game, so some of the content unlocks will require real-life money.

Think of Grand Prix Story as a manager mode for racing games, where you lead your pack of cute, pixelated drivers to victory. Try not to let the (mobile) platform fool you, as the in-depth coaching system lets you have a relaxing hands-off experience, as you train drivers, acquire sponsors, and look into vehicle upgrades for better opportunities in the future. As the game progresses, the terrain changes, forcing players to take into account varying road conditions and rain. You can simply watch the races, assess mistakes, and expand into multiple teams by winning Grand Prix events. That said, the game is a bit pricey – Rs 520, but it promises a cosy racing experience and you would be supporting an indie studio simultaneously.

Read More: How to Start your Sim Racing Career?