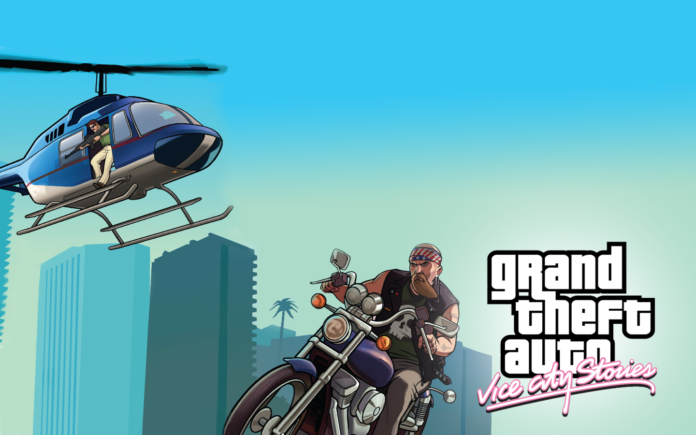 No. The car is not connected with real-life company Polaris in any way. It is based on a four-door 1970 Plymouth Roadrunner with a grille that resembles a Dodge Challenger muscle coupe, albeit without the front indicator and headlights. The model comes in only one colour combination: black with orange stripes and a white roof. Because of its supposed V8 engine and supercharger, the Polaris V8 is a great muscle car. In Vice City Stories, it is the fastest sedan. No wonder it is one of the best unique vehicles in GTA Vice City Stories.

Next, we have a bike that performs just like its name. The Streetfighter is based on a Honda CB400N/Yamaha RZ250 from 1978 to 1986, but with a wider body and a rounder fuel tank. It features a good top speed, steady handling, and off-road prowess to match the Sanchez. It gets power from a twin-cylinder engine. It’s the first vehicle in GTA Vice City Stories that the player can drive. It’s also the first vehicle driven in the 3D Universe in terms of timeline.

The Gang Rancher is a modified Rancher having four doors and a longer wheelbase. It is used as a gang vehicle by the Sharks and is commonly seen parked on empire sites held by them. The front end, rim set, hood, and back of the car are all different from the original Rancher, and it also supports the gang’s red, white, and black colours. It has the front end of a Lamborghini LM002 and appears like a Chevrolet K5 Blazer from 1973 to 1991.

The Bovver’64 is a medium-sized hovercraft similar to Grand Theft Auto: San Andreas’ Vortex. It has a considerably more realistic design than the Vortex, with a big fan on the back, roll bars on the driver’s compartment, and reconfigured steering controls, as well as being significantly larger. It is capable of driving on both land and water. The Bovver’64 is one of the best vehicles that you can find in GTA Vice City Stories