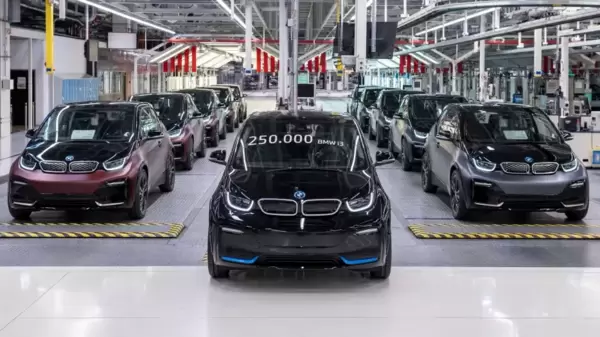 German luxury car brand BMW has ended production of the i3 compact electric hatchback after a nine-year-long run. The automaker reports that a total of 250,000 units of BMW i3 have been built. To celebrate the nine-year-long journey of the company, BMW introduced a limited batch of HomeRun Edition of the i3. This comes as a sendoff to the BMW i3 electric compact hatchback. BMW i3 came as a competitor against rivals such as Nissan Leaf and Tesla Model S. However, none of these were direct competitors against i3. BMW launched the i3 at a time when there were only a few electric cars on the market. It is sold in a total of 74 countries across the world.

BMW used partially recycled materials for the thermoplastic skin. The automaker claimed that 25 per cent of the interior of this car was built with recycled material. BMW manufactured the door panels of the i3 with fibres made from the kenaf plant. The parts of the dashboard were built from eucalyptus wood.

Speaking about the limited edition model, the HomeRun Edition BMW i3 will be built in a limited number of only 10 units. BMW i3 HomeRun Edition comes painted in one of two colour options from the BMW Individual program. These are Frozen Dark Grey and Frozen Red II, both of them being matte finished. The cabin of the car gets leather upholstery in Vernasca Dark Truffle, leather dash pad, leather steering wheel with galvanized trim, Carum Grey roof lining, as well as ambient and welcome lighting.

You May Like:  New Maruti Brezza Base Variant Spied, Also Gets New Green Colour Option