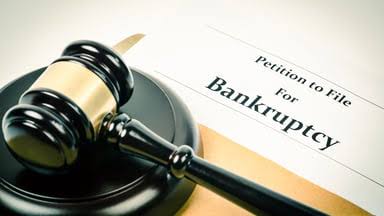 5 Bankrupt Car Brands That Came Back

It’s not easy to run a vehicle company. It’s a cutthroat industry where you have to continually evolving to be competitive. It has changed a lot over the years, but the challenges have remained the same. The shifting mindset of purchasers is one of the most significant challenges that manufacturers face. As a result, automakers must stay on their toes or risk going out of business, as bankruptcy is a typical occurrence in the sector. In today’s piece, we’ll look at car firms that have just emerged from bankruptcy.

General Motors wasn’t the only carmaker to file for bankruptcy during the Great Recession. On April 30 2009, Chrysler filed for chapter 11 bankruptcy. Chrysler took $12.5 billion in government assistance & repaid the US treasury $11.2 billion. In 2014 Fiat bought Chrysler making it Fiat Chrysler automobiles.

Another luxury brand on our list today is Jaguar & Land Rover. The company has had its fair share of financial difficulties. When Tata Motors bought the brand from Ford in 2008, it was on the verge of bankruptcy. The deal, which cost 1.7 billion dollars, was completed on June 2nd, 2008.

Aston Martin is a well-known British automobile company. The Aston Martin has a storied history in the James Bond franchise. Surprisingly, this premium automobile manufacturer has avoided bankruptcy seven times in its history. It most recently declared bankruptcy after being listed on the London Stock Exchange. It was aided by the purchase of a 25% share in the company by Canadian billionaire Lawerence Stroll.

GM wasn’t the only automobile manufacturer to declare bankruptcy during the Great Recession. Chrysler filed for Chapter 11 bankruptcy on April 30, 2009. Chrysler received $12.5 billion in government assistance and returned $11.2 billion to the US Treasury. Fiat Chrysler Automobiles was formed after Fiat purchased Chrysler in 2014.

SsangYong Motors has been under court receivership before. It was in court receivership when Mahindra purchased it for $463 million in 2019. (Rs 3445 crore). However, the alliance has not been optimal for both firms. Ssangyong filed for bankruptcy in 2020 when Mahindra discontinued funding due to the company’s outstanding debt. The Edison Motors takeover proposal was accepted by South Korean courts in January 2022, albeit the business would remain under receivership until the transaction was finalised.