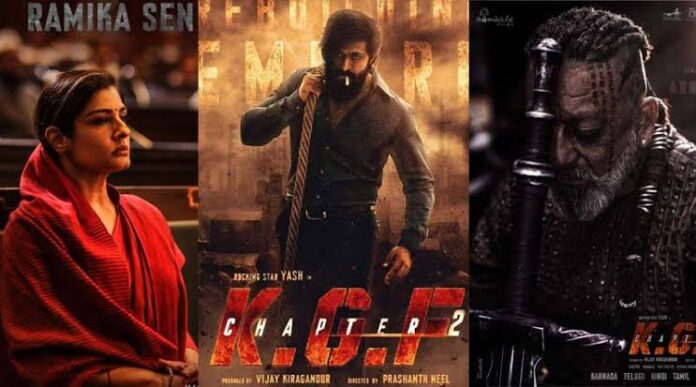 KGF Chapter 2 has been one of the most anticipated movie in the history of Indian Cinemas. The craze for ‘Rocky‘ the astonishing character played by the Kannada Actor Yash can be seen all over the globe. The Chapter 2 of the franchise was released on 14th April 2022 and witnessed a huge success on its opening. Along with Rockstar Yash the movie also featured movie stars like Sanjay Dutt, Srinidhi Shetty and Raveena Tandon. In this article we will tell you about cars owned by Superstar cast of K.G.F Chapter 2, So let’s get started.

Sanjay Dutt is seen playing the role of Adheera, Suryavardhan’s brother. Sanjay Dutt is owner of one of the most expensive car in the country. He owns a Rolls Royce Ghost has a whooping price tag of $311,900 that is worth Rs. 2.5 Crore in India. He also Own sport cars including Ferrari 599 GTB and Audi R8 which come with a price tag of $410,000 and $106,100 respectively. In India, the car cost Rs. 3.37 Crore and Rs. 2.30 Crore. Luxury SUVs like Audi Q7 And Range Rover Vogue has also made place in his garage.

The character Reena Desai, Rocky’s wife is played by the beautiful actress Srinidhi Shetty. She prominently works in Kannada and Tamil films. She is known to own BMW 5 Series which is worth $54,200 and in India price of the car is Rs. 65.50 lakh. She reportedly also own a Hyundai Verna.

Raveena Tandon as Ramika Sen, she was later elected as Prime Minister of India in the movie. The bollywood actress own a lavish Jagaur XJ the cost of the car is $85,500 in India it sold for Rs 1.2 Crore. Her car collection also includes Mercedes Benz GLS 350D which is priced for $77,200 in India cost of the car is around Rs. 88.18 Lakh. She also have added the Audi Q7 to her collection.