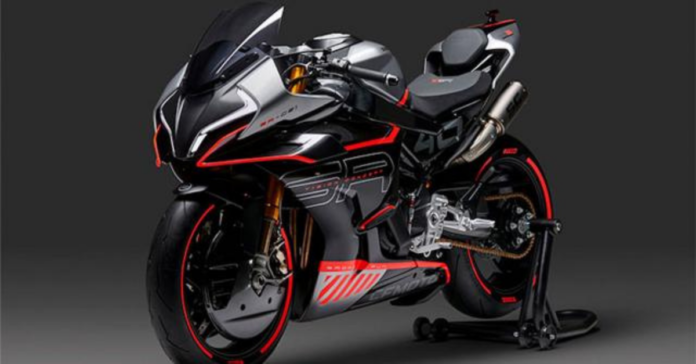 We just showed you the leaked images of the CFMoto 450SR a few days ago. The business has now unveiled the bike in all of its magnificence. This bike was first shown as the SR-C1 concept, and based on these images, it’s evident that the brand has decided to retain the majority of the concept’s stylistic cues. CFMoto has given the 450SR wider headlights with LED strips, rearview mirrors, and a single exhaust instead of the twins seen on the idea to make it more production friendly.

To keep the price down, the Chinese company employed lower-cost bicycle parts. As a result, the bike gets a dual-side swingarm as well as lower-cost suspension and brakes. The 450SR is equipped with a single 320mm front disc and a 220mm rear disc. Brembo made the unit, and Bosch made the ABS. The 450SR’s 450cc engine is brand new, producing around 50bhp peak power and 39Nm torque. The transmission is a six-speed.

These are excellent figures for a motorcycle of this size. It is, in fact, one of the greatest bikes in the sector in terms of power-to-weight ratio, with a weight of 168kg.

The 450SR will be marketed in China for the time being, but anticipate it to be available in other regions later this year. We’d want to see his bike in India as well, but CFMoto’s efforts in the country are barely getting off the ground.