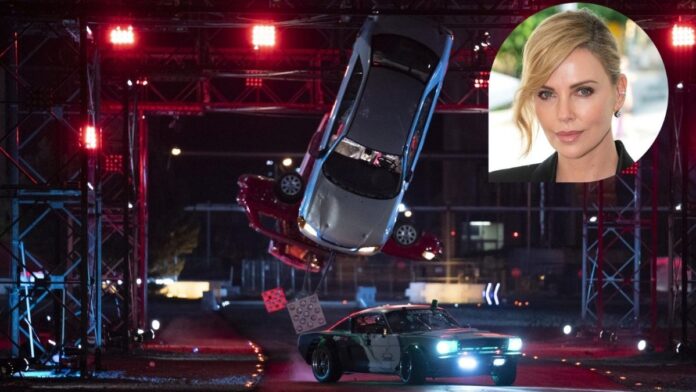 We presume it all comes with the money when we witness a celebrity enamored with V-8 cars or dashing SUVs. Despite the fact that there is a lot of truth in this, Charlize Theron has a different narrative to tell. Charlize Theron is one of the most important artists in the industry, having starred in films such as Mighty Joe Young, Monster, and Prometheus.

She’s also worked alongside notable names like Jason Statham in The Italian Job and the Fate of the Furious, the eighth installment of the Fast and Furious franchise, released in 2003. The Academy Award winner does adrenaline-pumping stunts and drives at extreme “Mad Max” speeds in the movies. Speaking of fantastic automobiles, Charlize Theron has driven in a number of films.

The first car in Charlize Theron’s car collection is the BMW 7 Series luxury sedan. The BMW 7 series sedan is without a doubt one of the greatest cars available. The BMW 7 elevates luxury to a new level with its roomy cabin, huge and comfortable seats, and an extensive list of equipment and safety features. In fact, it was ranked fourth among super-luxury automobiles by US car news.

The 7 Series comes with a turbocharged inline 6-cylinder engine that produces 335 horsepower and 330 lb-ft of torque. The 750i xDrive is only available in rear-wheel drive (RWD), while the 740i xDrive adds all-wheel drive.

The RX 400his powered by combined gasoline and electric engine system, which is built with complete hybrid technology. You may utilize it with a gas engine exclusively, an electric engine solo, or a combination of both as necessary. The Lexus RX400h is a car that offers power, speed, and a pleasant ride to everybody who rides in it. This is one of Charlize’s favorite automobiles since she is frequently spotted driving it.

It features a V6 engine that drives the front wheels through an electric motor generator. The engine has a maximum output of 268 horsepower and can go from zero to sixty miles per hour in around eight seconds.

The Evoque’s turbocharged 2.0-liter four-cylinder engine produces 246 horsepower. Unlike its brothers, this SUV comes standard with a nine-speed automatic transmission and all-wheel drive.

The next car in the collection is also a luxury SUV from BMW. The BMW brand is recognized for producing some of the greatest automobiles in the market, and the X5 stays at the top in terms of performance. The 2016 BMW X5 is the greatest choice for a crossover SUV, and it competes with other expensive automobiles like the Volvo XC90, Lexus RX 350, and Acura MDX, thanks to its exceptional design. Charlize was seen driving around the city with her two children in a BMW X5 nearly as soon as the first copies were available.

Charlize Theron seems to have a slow and environment-friendly car from Toyota as well. The Prius is available in both front-wheel-drive and all-wheel-drive configurations. The all-wheel-drive models include an electric motor that drives the rear wheels and is not connected to the hybrid system. This hybrid vehicle has an electric motor and a 1.8-liter four-cylinder engine that can create 121 horsepower when combined.

Another strong and renowned automobile in Charlize Theron’s collection is the Audi S7. The S7 has a smooth and quick reaction thanks to its seven-speed dual-clutch automatic gearbox technology. The S7 comes standard with a twin-turbocharged 4.0-liter V-8 engine that can produce up to 450 horsepower and 406 lb-ft of torque. It’s worth mentioning that most of the brand’s lineups, including the S6 and the Bentley, use the same engine.