Does This GM Design Sketch Look Like An Electric Corvette SUV To You? 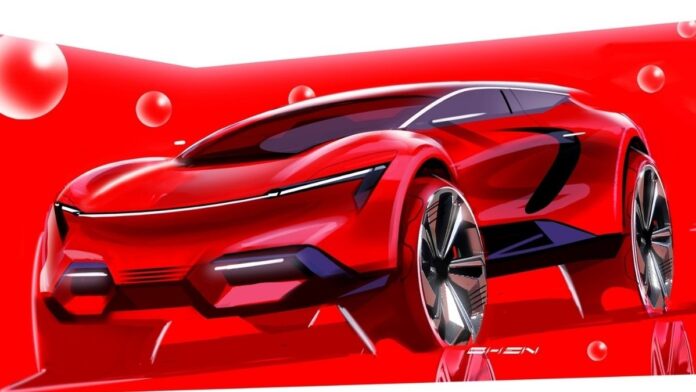 A doodle posted on the GM Design Instagram page has sparked speculation about a new Corvette SUV, with a few design traits that are all too familiar.

Jason Chen, a skilled Creative Designer at GM, created the drawing, which contains just enough clues of Corvette to make us wonder what GM is up to.

To begin with, the drawing only has two doors, which instantly brings to mind the classic sports automobile. The black boomerangs on the side are evocative of the C8 Corvette’s side intakes, while the headlights are similar to the DRLs. The side skirts also remind us of the C7.

Chevrolet has hinted at an all-electric Corvette, and the fact that this idea lacks a grille suggests that it might be both an SUV and an EV in one, making it a more premium alternative to the Ford Mustang Mach E.

In truth, a car that looked a lot like this drawing was buried in the backdrop of GM’s CES presentation among two other electric vehicles.

A automobile is mostly used for transportation for most people, and a two-seater sports car isn’t exactly the most practical vehicle. As a result, SUVs have long been one of a brand’s best-selling models.

Lamborghini, Bentley, Rolls Royce, Alfa Romeo, Aston Martin, Lotus, and even Ferrari have all produced SUVs in an attempt to attract more regular vehicle buyers. Even though it appeared absurd at the time that Porsche would release an SUV, they are currently the brand’s best-selling vehicles.

Trending Now:  A 6-Speed Manual Will Help This Ferrari F430 Sell For More Than A New F8 Spider

The idea that GM would take its flagship sports vehicle and add a couple additional doors and seats doesn’t seem so absurd now. We never imagined the mid-engined Corvette would become a reality, yet here we are.