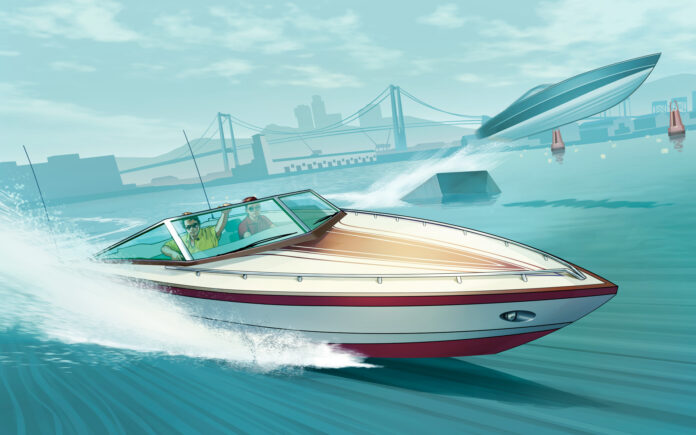 Though GTA Vice City Stories is a prequel to Vice City, it is actually the last game in the 3D universe. Thus, many new features were added. Along with features, some new vehicles were also added to the game and remained exclusive for it. Today, we are going to take a look at the air and sea vehicles that are exclusive for GTA Vice City stories and never made an appearance later in the series.

The Little Willie has a gyrocopter-like design. But it lacks a critical vertical rotor that provides horizontal propulsion to the aircraft; instead, it has the same set of rotors (primary horizontal blades and tail blades) as bigger helicopters. The Layzell Cricket is the inspiration for this game. The Little Willie is also the third weaponized helicopter in the 3D Universe. It features a functional dual machine gun after the Sea Sparrow and the Hunter. It is the only helicopter that can gain altitude over time, unlike other helicopters.

The design of the Biplane is similar to that of the Pitts Special-based Stuntplane from Grand Theft Auto: San Andreas. The Vice City Stories version has a sharper nose, an open-air cockpit, and a shorter rear stabiliser. While in flight, it has a fairly fast speed. The Biplane can also take a lot of damage, but if it crashes, it will still explode.

In Grand Theft Auto: Vice City Stories, the Air Ambulance is an emergency helicopter. It is a paramedic assistance chopper, as the name implies. It is the airborne counterpart of an ambulance. The Air Ambulance can be used to initiate the Air Rescue side quests. The Air Ambulance, like the Armadillo, is a big helicopter with good speed and moderately steep pitches that let it accelerate while losing altitude quickly.

Armadillo is a helicopter in use by the Vice City Fire Department in GTA Vice City Stories. A bucket is tied to the fire department version by a rope and is used to transport water from the sea to the fires. The Armadillo has a good top speed, thanks to somewhat steep slopes that enable it to accelerate faster while losing altitude faster.

The Yola is one of the exclusive sea vehicles in GTA Vice City Stories. Yola’s design is simple, consisting of a wooden hull, controls, and a pair of rear-mounted motors; it is thus akin to the Coast Guard. The colour of the inner side of the hull cycles between blue and white but the exterior side is always white. The boat’s performance ranges from average to terrible. While the boat is light in weight and lacks unnecessary equipment, it is lengthy, resulting in a bigger turning radius, especially when travelling at faster speeds. The boat’s top speed and acceleration are average.

The Violator is a new speedboat with an overall appearance that appears to be a cross between the Speeder and the Squalo, with dual spoilers/air vents sandwiching an exposed engine block. It is also one of the vessels sought for export by the Civil Asset Forfeiture Impound. The Violator is slower than the Speeder but has better handling and reliability.