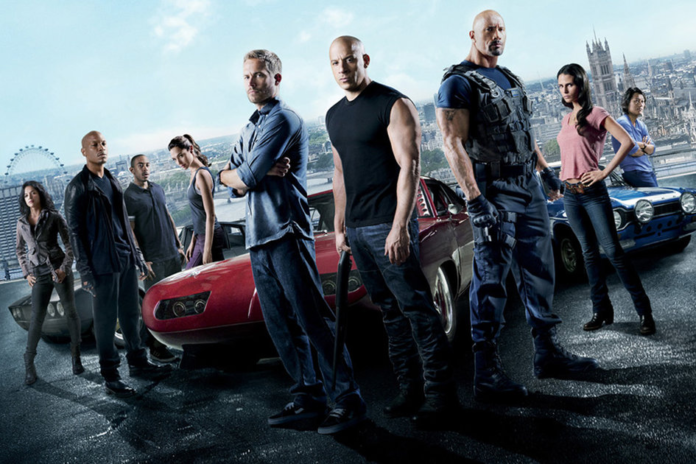 The Fast and Furious films were an excellent example of car culture at its best. Despite the modest beginnings of the film franchise, its success allowed Universal to acquire new vehicles and even restore some of the most iconic American automobiles for the big screen.

The producers of the franchise spared no expense when it came to giving car fans what they wanted to see. The storyline of the movie was never without exciting car chases and action-packed driving. Despite the franchise’s heavy reliance on Japanese automobiles, some of the American classics produced some of the most memorable film.

The Dodge Charger from the first Fast and Furious movie is without a doubt the clear fan favourite. Up until the show’s final scene with Dom and Brian, this black Charger remained absent for the majority of the time. Even though Dom was able to wreck the car, it did turn up again later in the franchise.

The legendary hood scoop on the 1970 Charger gave the vehicle instant notoriety. For the fourth film in the series, the rear-wheel-drive vehicle underwent reconstruction; for the fifth and seventh films, it underwent yet another reconstruction.

You May Like:  Top 10 Best Jaguars of All Time

The second edition of the franchise made extensive use of the 1969 Camaro. This two-door coupe had a pushrod V8 engine and a distinctive Le Mans Blue paint job. This Yenko-modified Camaro was capable of 450 horsepower.

The Yenko version of the Camaro increased that to 450 hp from the earlier models’ under 350 hp design. The vehicle also included an M21 manual gearbox and a heavy-duty suspension system.

The Dodge Charger Daytona may be best known for its appearance in the animated movie Cars, but it also had a respectable part in the sixth entry in the Fast series. The Charger Daytona had a V8 engine, a 9-point roll cage, and Michelin tyres.

A 500 horsepower V8 engine from General Motors was added to the 2-door coupe. Quite a few changes were also made specifically for the film. A NOS Big Shot System, a Carburated plate system, and a NOS Supercharging kit were among these upgrades.

The 1962 release of the C2 Corvette had a distinctive rear end. The car was also offered as a coupe and a convertible. A variety of potent V8 engines were available for the C2 model, and their 3 and 4-Speed manual gearboxes worked well with them.

The 1968 Dodge Charger was one of Dom’s favourite muscle cars in the series, appearing in three films. In the movie’s climactic scene, when Brian leaves the franchise in his white Supra, Dom also drives this vehicle.

The Dodge Charger’s 2-door hardtop model underwent significant modifications for the picture. The car used in the movie was said to have had more than 2,000 horsepower, though the original may have only had 300 or less.

Fast Five marked a clear turning point for the entire franchise. The franchise shifted into the heist genre in the fifth film, after focusing heavily on car culture in the first few films. One of the best escapes to ever appear on a major motion picture was this one.

One of the best escapes to ever appear on a major motion picture was this one.
Dom and Brian used modified Dodge Charger SRT-8s to pry the safe out of the wall and drag it across Rio. These two muscle cars were equipped with tuned V6 engines that were said to have each produced over 1,000 horsepower.

Every Fast and Furious fan distinctly remembers the train heist scene at the beginning of the Fast 5 movie. When Dom got behind the wheel of a 1966 Corvette Sport Stingray in an effort to save Brian, the scene came to an end.

The second generation of the Stingray was a heavily modified vehicle that was painted a gunmetal grey colour. The production team used $40k replicas with 400 hp engines for many of the cars in the movie.

One of the most iconic cars to have ever featured in the Fast movies was the Ford GT40. The GT40 was created specifically to unseat the Ferrari in the 24 Hours of Le Mans, even though the majority of the franchise’s vintage vehicles were American muscle cars.

In Fast 5, the GT40 was one of the vehicles taken from the train. Because the GT40 is an extremely powerful and uncommon vehicle, a replica was used to shoot the movie. Later, the 540 horsepower replica was auctioned off as a tribute to the franchise’s illustrious past.

The 1972 Ford Gran Torino Sport was on display across the border between the United States and Mexico in the fourth film in the Fast and Furious series. Throughout the movie and even in flashbacks later in the series, Fenix’s car was shown numerous times.

The Coy’s C-67 Gun Metal rims and Hotchkis suspension were added to the Gran Torino Sport to give it a slight personalization. The car had distinct white racing stripes along the sides and was a recognised classic with green paint.

As the car Sean uses in the final race in The Fast and Furious: Tokyo Drift, the 1967 Ford Mustang Fastback is one of the franchise’s most iconic cars. The Takashi Nissan was perfectly matched by this American muscle car, which ultimately prevailed in the race.

A particularly potent muscle car is the 1967 Ford Mustang. Even before the movie, the 2-door muscle car’s 320 hp powertrain helped it become a classic. The 1967 Mustang was the ideal fusion of traditional design and contemporary performance, unlike some other sports cars from this era.