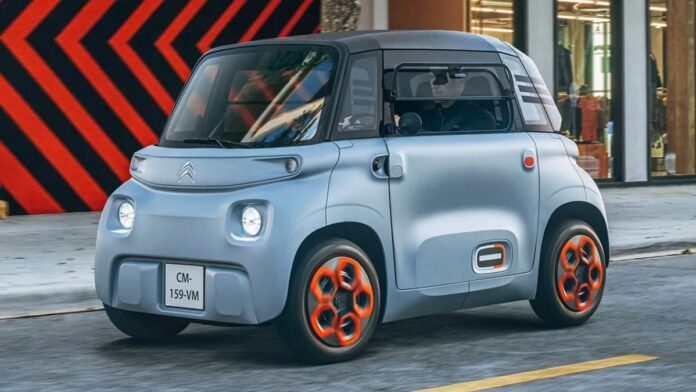 The Citroen Ami, an adorable toy-like urban electric vehicle, might acquire a brother, this time with Fiat insignia. The car, which would bring the old Topolino moniker back to life, is believed to have already been shown to a few Fiat dealers in Italy, with a market debut expected in 2023.

Following the Citroen Ami, which launched in 2020, and the almost similar Opel Rocks-e, which debuted in 2021, Fiat’s new model will be Stellantis’ third quadricycle. Both come in passenger and freight versions, which might possibly be the case with their Italian counterpart. Last year, Citroen unveiled the tough My Ami Buggy concept, demonstrating the vehicle’s cosmetic customization potential.

Fiat’s quadricycle, according to Automotive News Europe, might stand out even more with the addition of a canvas cover. Because the original 1936 500 Topolino was also available in convertible form, it would be appropriate for a Topolino rebirth. We don’t sure how extensive the makeover was, but one of the dealers who saw it said it was “more elegant than the Ami.”

The Fiat Topolino and the Ami are expected to share the same 8 horsepower (6 kW / 8 PS) electric powertrain and 5.5 kWh battery. The Citroen EV has a peak speed of 45 km/h (32 mph) and a range of 75 kilometres on electricity (47 miles). The new Topolino’s footprint will most likely be comparable to that of its French counterpart, which measures 2,410 mm (94.9 inches) in length. Teenagers in Italy will be able to drive it because of the quadricycle classification. It will also be Fiat’s most affordable vehicle, sitting between the electric 500 and the Panda’s replacement. 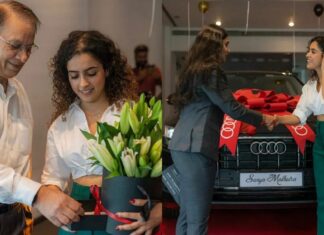