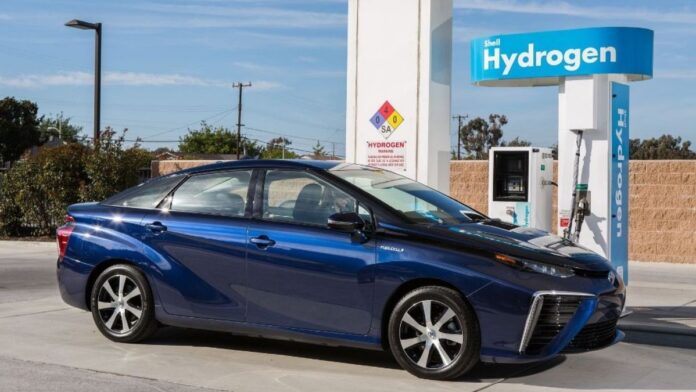 Nitin Gadkar’s most recent vehicle is a hydrogen-powered Toyota Mirai. Another Toyota Mirai has recently arrived in India and been registered in Kerala. Toyota Kirloskar has registered the hydrogen automobile. For the time being, however, the Mirai could only be used for the study.

The Mirai is completed in a pleasing shade of red and is registered with the Thiruvananthapuram Regional Transport Office. On Thursday, a green number plate bearing the letters KL 1 CU 7610 was issued. The registration was completed online and was tax-free. For the time being, only the registration fee has been received.

According to sources in the media, the car is worth more than Rs. 1.1 crores, however, the government has agreed to exempt the car from taxes on one condition. The Mirai will only be used for scientific purposes, according to the agreement. The study is being conducted in preparation for the network of hydrogen fuel stations that will be required to power hydrogen-powered automobiles.

Mirai is a good fit for the government’s objective to promote green fuels. However, its arrival in India has been delayed because of the poor development of infrastructure for hydrogen refueling. This is true because Hydrogen fuel pumps are extremely tough to come by in India.

A blue Toyota Mirai has previously been unveiled as part of a trial project with the International Centre for Automotive Technology, or ICAT. The goal of the pilot project is to raise awareness about alternative fuels. The government seeks to raise knowledge of hydrogen as a fuel and hydrogen-powered automobiles (FCEVs). The project’s principal goal is yet unknown. However, if the pilot experiment is successful, we may see hydrogen-powered buses, trucks, and other big vehicles.

The Mirai that has arrived in our country is of the second generation. It runs on hydrogen, as previously stated. Compressed hydrogen is used to generate power. Mirai has a range of up to 646 kilometers on a full tank. The range is substantially greater than that of contemporary electric vehicles. The biggest concern with hydrogen vehicles is the scarcity of hydrogen.  This means you’ll have to plan your car excursions ahead of time and locate hydrogen stations ahead of time.

The powertrain creates electricity by breaking down hydrogen into oxygen and water. The electricity is stored in a tiny battery and then used to power the electric motors. Mirai’s electric battery is 30 times smaller than that of traditional electric automobiles.