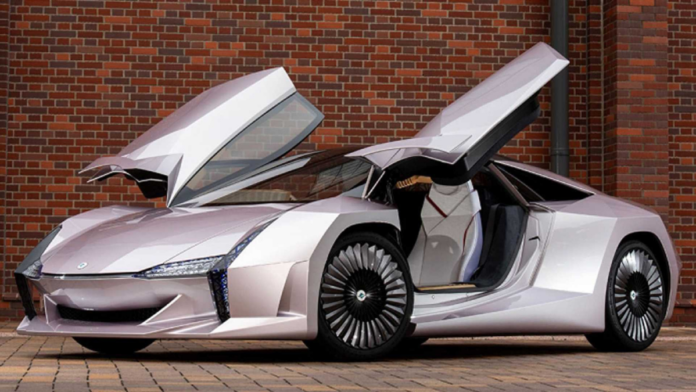 While Tesla has been setting production records, European and Asian manufacturers are pushing towards electrification as quickly as possible, it seemed that the majority of Japanese automakers were treating battery-electric transport as a transitory fad and were centered on the development of hybrids and hydrogen fuel-cell vehicles. However today, Japanese companies seem to be warming up to the zero-emission movement and are planning on going all-electric in the next decade. Today we suggest to analyze the latest news from the EV industry and review upcoming Japanese models that will roll off production lines beyond 2022.

Honda have decided to bring their first zero-emission crossovers to select Asian markets. The e:NS1 and e:NP1 will come equipped with a 201 hp, motor and a 68.8 kilowatt-hour battery unit. This powertrain will provide up to 310 miles of riding.

The crossover is to be offered in either a front-wheeler drive or an all-wheel drive configuration. The power output of the model will range between 201 and 215 hp, while the torque parameter is between 195 and 247 pound-feet. The vehicle will provide 220 miles of riding, has a regenerative braking feature and supports CCS2 fast-charging.

The company has announced the plan to product 30 fully electric cars and SUVs by 2030 and substantially increase the investments in battery development. The company previewed a variety of conceptual vehicles that look like electrified versions of brand’s icons, including a Tacoma-sized truck with a two-tone paint job and no radiator grille, as well as an electric FJ Cruiser.

You May Like:  Jay Z Car Collection | Jay Z Cars And Net Worth

Nissan’s future program is called the ‘Ambition 2030’. This strategy involves a $17.7 billion investment in the electrification of the brand’s lineup and the supposed launch of 15 EVs by 2030. The future autos will be built on the CMF-EV platform. The platform’s versatility is displayed on the basis of Nissan Chill-Out, Hang-Out, Max-Out and Surf-Out automobiles.

Subaru and Toyota are deepening their partnership and bringing Solterra SUV. The vehicle’s powertrain was fine-tuned to offer superior power delivery in both city, and off-road driving conditions: it has 8.3 inches of ground clearance, symmetrical All-Wheel Drive system, as well as hill ascent & descent assist features.

Last month Lexus has previewed a variety of concepts, namely an Electrified Sedan, an SUV and, the Lexus LFA-inspired electric sportscar. These models will be powered by solid-state batteries and are likely to be produced over the next decade. The less far-fetched plans include the production of the RZ 450e SUV that will be built on the e-TNGA platform.

Sony have partnered with Magna Steyr to produce an incredible vehicle for testing next generation infotainment gear, automotive AI technologies and safety sensors. Although the talks about serial production of these vehicle taking place, company’s the future plans are still unclear.

After a series of delays, the deliveries of Nissan Ariya have been confirmed for the summer of 2022. The car was designed to follow the new design strategy called the Timeless Japanese Futurism. In terms of power, the model will be offered with either a two-wheel drive or an all-wheel-drive system. The upcoming vehicle will use the latest infotainment system with built-in Alexa, and new ProPilot 2.0 driver assists.

The Mazda’s city electric vehicle is getting an update for the 2022 model year. While it will retain the same design and technological package, the company will introduce a range extender feature to let you drive longer distances without stopping.

The Airtrek is an EV that will be co-produced by Mitsubishi and GAC. The vehicle is to be motivated by a 181-horsepower electric motor and will draw the energy from a 70-kilowatt-hour battery pack. Inside you will find a horizontal infotainment system and seats with soft padding, 2-tone upholstery and intricate stitching.