Government Ask To Stop All EV Launches Till Investigation Ends 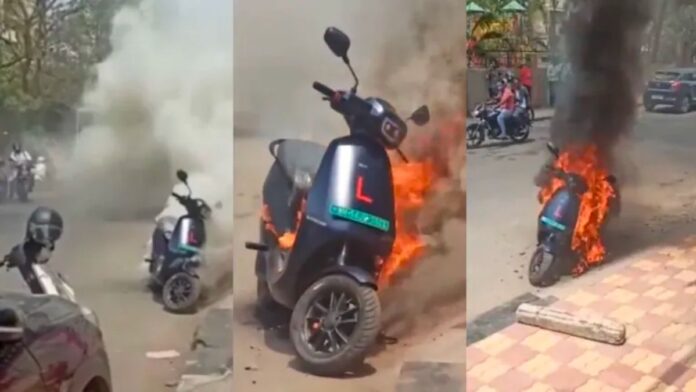 The Ministry of Road Transport and Highways has ordered electric two-wheeler producers to temporarily halt new vehicle releases until the next directive is issued, citing recent occurrences of electric two-wheelers catching fire. The Ministry’s notification has been verbally relayed to all-electric vehicle manufacturers, who have been requested to postpone the launch of new vehicles “until clarity about the cause of fires and the procedures required to stop them is firmed up.”

This declaration of a postponement of new electric vehicle releases comes after the Ministry of Transport ordered electric two-wheeler makers to offer voluntary recalls of scooters built in batches that caught fire in previous instances. As a result of this order, over 7,000 scooters sold in the affected batches have been recalled by all manufacturers whose scooters caught fire in recent occurrences, including Ola Electric, Okinawan, and Pure EV.

EV Manufacturers Will Be Penalized

Furthermore, the Ministry of Road Transport and Highways has reminded electric vehicle manufacturers of the different regulations under which they might be fined or forced to recall their vehicles if they do not take appropriate measures. Other electric manufacturers like Ather, Bajaj Auto, and TVS have been cautioned for any corrective efforts, if any, in addition to the manufacturers whose scooters were involved in the fire accidents.

Trending Now:  Here's Why Electric Scooters Are Taking Off – Report

If the problem persists after the sanctions have been levied, the authorities may decide to shut down the electric two-wheeler manufacturer’s manufacturing plant entirely. In the worst-case scenario, however, this will not be an overnight operation, as other procedural protocols, including informing authorities and stakeholders, will be followed. According to the Ministry, manufacturers will be forced to adhere to the required safety and quality protocols with a strict no-compromise approach. In the next weeks, new protocols and quality checks for electric two-wheelers will be implemented, according to the Ministry.

The Ministry of Road Transport and Highways has made these statements at a time when electric two-wheeler sales are at an all-time high. Such cases of electric scooters catching fire only serve to damage the public’s perception of electric mobility and acceptance of electric cars.