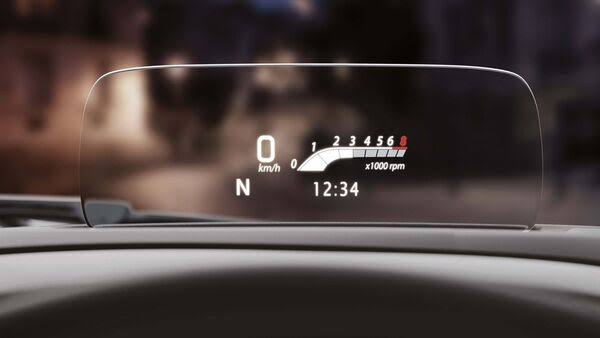 What Is A Heads-up Display ?

Most people who are familiar with the term “heads-up display” (HUD) think of aircraft and high-end automobiles. However, like with other technologies, this has trickled down to more mass-market vehicles, and with the launch of the redesigned Baleno next week, HUD technology has become a talking topic among mass-market hatchback buyers.

Here Is What A Heads-up Display In Simple Terms

Simply described, a heads-up display is a display that displays in the line of sight of the driver or pilot; the information is presented on the windscreen or any other clear panel, preserving visibility. HUD technology has its origins in aviation: the first incarnation of the technology was visible on British Royal Air Force (RAF) fighter planes with projected gunsights as early as the 1940s. Since then, the technology has advanced substantially, and each each generation of HUD has been able to display more information with greater clarity. HUDs were created to give pilots access to all relevant information without having to look down at their instrument panel, decreasing distraction and, more importantly, keeping them alive.

Is It Something New ?

While the automotive industry recognised the benefits of HUD technology, it wasn’t until the late 1980s that it was used in a vehicle. In 1988, the Oldsmobile Cutlass convertible’s limited Indy pace car edition became the first automobile to use a head-up display (HUD), which featured a relatively modest readout of the speedometer and indicators. The reception to this innovation was so strong that Oldsmobile decided to make it an option across the Cutlass line, and other GM automobiles, such as the Chevrolet Corvette, followed suit. However, with the 240SX in 1989, Nissan became the first mass market carmaker to provide HUD as a standard feature.

In the automotive sector, there are two basic types of HUD systems: projection-based and reflection-based. Both of these systems can be differentiated as follows.

Because it eliminates the need for the driver to glance down at a traditional display panel, the HUD is primarily used as an active safety element. Today’s HUDs can display information such as navigation directions, warning lights, and engine rpm, reducing the amount of times a driver must look away from the road. The feature also has a positive vibe and a tech-savvy vibe to it.

As previously stated, HUDs have only been available in high-end vehicles. If this is well welcomed by Indian consumers, we may see many more mass market brands offering it. What are your thoughts on HUD being a more prominent feature? Please share your thoughts in the comments box below.