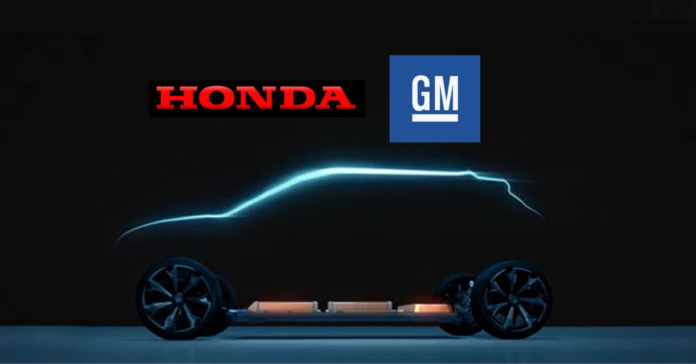 General Motors and Honda have announced a new collaboration to co-develop a line of low-cost electric vehicles. The new EVs will be built on a new global architecture and will be powered by next-generation Ultium battery technology. Honda and General Motors are collaborating to enable global production of millions of EVs, including compact crossover vehicles, beginning in 2027, by leveraging the two companies’ technology, design, and sourcing strategies.

The companies will also work to standardise equipment and processes in order to achieve world-class quality, higher throughput, and lower costs. GM and Honda will also talk about future EV battery technology collaboration opportunities in order to reduce the cost of electrification, improve performance, and drive sustainability in future vehicles.

GM and Honda have already working on several projects in recent years focused on electric and autonomous vehicle technologies. In 2013, the two companies began working together on the co-development of a next-gen fuel cell system and hydrogen storage technologies. In 2018, Honda joined GM’s EV battery module development efforts. In 2020, GM and Honda announced plans to codevelop two EVs, including the Honda Prologue, to be launched in early 2024, soon followed by Acura’s first EV SUV.