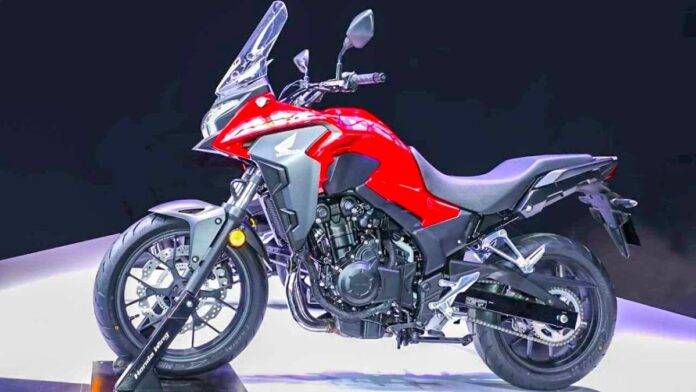 Honda recently introduced the updated CB400X in Japan, with a few key changes. However, it retains the same engine and design for 2022. While it is currently only available in Japan, the KTM 390 Adventure is a seasoned offering in the same segment. So, let’s compare the two ADVs to see which one is superior on paper.

With a marginal difference in power and torque, the Honda CB400X takes the cake. However, the refinement and manner in which the Honda delivers its power should help it become a better tourer. The KTM’s single-cylinder engine is more frantic, providing a bit more of a raw experience, and with that comes to some vibrations.

The parallel twin-cylinder engine in the CB400X should be smoother and more tractable than the single-cylinder mill in the 390 ADV. The former is powered by a 399cc liquid-cooled engine that produces 45.4bhp at 9,000rpm and 38Nm at 7,500rpm.

The CB400F, on the other hand, receives the same styling updates as its larger sibling, albeit with minor differences. On the outside, it appears to be an aggressive naked street racer with a split-style seating setup and muscular bodywork. The new CB400F has an aggressive appearance thanks to a redesigned LED headlamp.

The presence of inlet ducts on the tail section and the short front fairing improves aerodynamic properties. A flat handlebar with a mildly aggressive riding posture and a muscular fuel tank are also design highlights. The CB400F is extremely light for its class, weighing only 188 kilograms.

Starting with the 400X, it keeps the adventure styling of the 500X while getting a new LED headlamp setup that isn’t as flashy and sharp as the latter but is still very likeable. The 400X also has a smaller 17-inch front wheel instead of the 500X’s larger 19-inch alloys. The CB400X, like its 500cc sibling, has LED position lights on both sides for added appeal.

The CB400X, like other modern adventure bikes, has a proper ADV stance thanks to longer suspension travel, high ground clearance, a relatively tall saddle height, and higher set handlebar positioning.