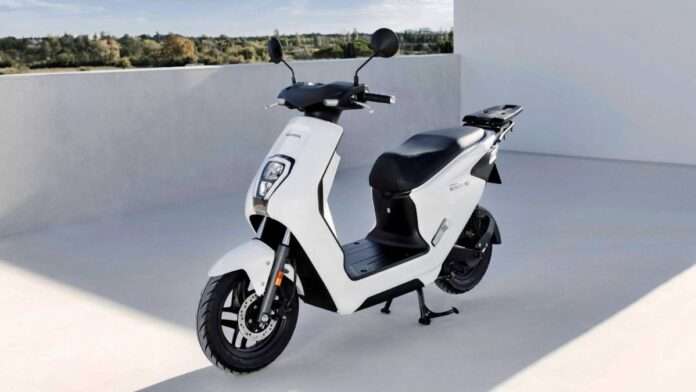 Honda recently debuted several new products at EICMA 2022, including the CMX1100 Rebel and the CL500 Scrambler. In addition, the Honda EM1 e: electric scooter was on display at the event, and it is expected to be released in the Indian market soon. The scooter employs the same battery-swapping technology being tested in the country.

To begin, this new electric moped scooter is expected to have a hub motor, making it ideal for short city commutes. It is also expected to be a low-speed scooter with a top speed of about 50 kmph. According to what we know so far, this new Honda electric scooter will be equipped with the same Honda Mobile Power Pack (MPP) swappable battery.

This battery pack will aid the scooter’s claimed range of 40-50 km on a single charge and will be supported by a large swappable battery network. The interchangeable battery pack ensures that charging time is comparable to refueling a petrol-powered scooter.

Despite being a moped-style electric scooter, the new EM1 e: lacks pedals and has subtle and elegant styling reminiscent of the Honda U-Go. It will also ride on 10-inch rear wheels and 12-inch front wheels, as it does with the U-Go electric scooter.

The Japanese company intends to market this electric scooter as an easy and enjoyable urban commuter over short distances, and it will first be available in Europe. This scooter is also expected to make its Indian debut in late 2023, but Honda has yet to comment on the EM1 e: electric scooter’s official launch timeline in India.