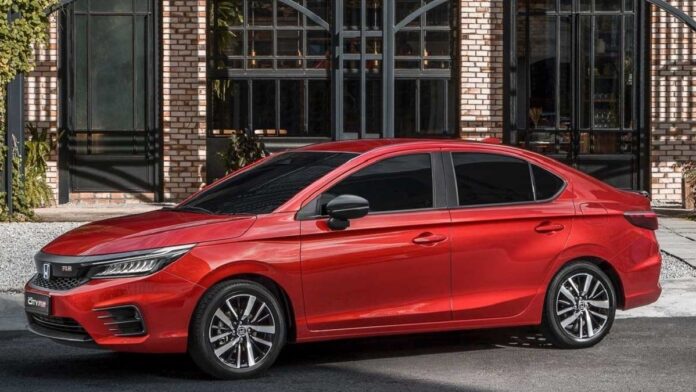 On April 14th, Honda will unveil the City Hybrid for the Indian market. The launch was initially scheduled for 2021, however, it had to be postponed due to the coronavirus lockdown. The City Hybrid’s price is unknown at this time, although it is expected to start at roughly Rs. 18-20 lakhs ex-showroom.

The City Hybrid will be the segment’s first sedan with a hybrid drivetrain. A 1.5-liter four-cylinder normally aspirated petrol engine and two electric motors would be included. The engine has a maximum power output of 98 horsepower and a maximum torque output of 127 Nm.

The onboard transmission will be an e-CVT that will solely drive the front wheels. The Honda City Hybrid would not come with a manual transmission. The electric motor’s greater power and torque contributed to a half-second reduction in 0-100 kmph acceleration time. At the very least, three driving modes are expected to be available. There would be an all-electric mode in which the car would run solely on electricity. Then there’s the Hybrid, in which the computer decides whether the vehicle should run on gasoline, electricity, or both. Finally, there will be a mode that uses only the engine’s power.

Honda Sensing will be available on the City Hybrid.

Batteries and electric motors are used in the hybrid system. Honda had to cram the extra batteries into the trunk space. The boot space has been reduced from 506 to 410 liters as a result of this.

The bumpers on the City Hybrid will be redesigned by Honda. They’ll have a sportier, more aggressive appearance than the existing City. The front grille and exterior rearview mirrors would be gloss black. The cabin will be finished in a black color scheme as well.