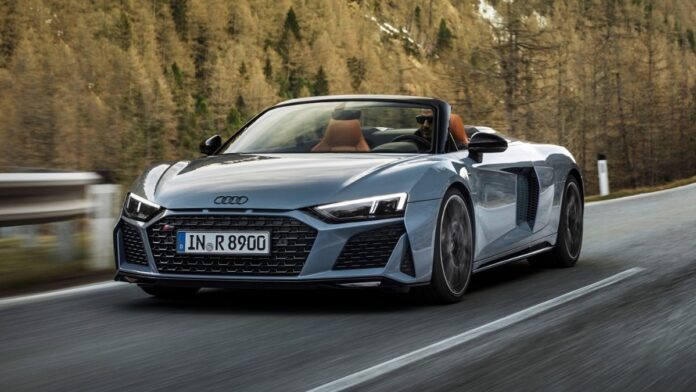 After the 20-year-old who purchased the Audi R8 V10 Spyder chose to back out of the agreement at the last minute, a salesman almost lost his job.

The tale was shared on Reddit’s r/Cars community, where it has received over 1400 upvotes and 266 comments. In 2015, the poster (let’s call him CB) had just started working at an Audi dealership in Canada when a young man no older than 20 showed up in a Mercedes-Benz C63, looking to buy a supercar.

The young man (called Tim) proceeded through the order guide with CB, marking off all of the features that would make any auto fanatic drool, in what appeared to be the simplest sale of the century. Tim refused to test drive the automobile because his father already owned one.

After all was said and done, the order document indicated a R8 V10 Spyder in Suzuka Grey with a red roof and black/red diamond stitched inside with a 6-speed manual transmission. Tim even looked at the $6k carbon fibre light-up sills option. The total cost of the car had risen to well over $200,000, and Tim’s father was going to hand over a check when he arrived.

Tim, on the other hand, would never pick up the R8. Instead, it was all bad news when the salesman called to tell him the car was going into production. Tim’s father apparently wasn’t pleased with his son purchasing a supercar while on vacation and demanded the deposit be returned immediately.

Despite the fact that the salesperson had done nothing wrong, Tim’s father filed an official complaint against Audi Canada and threatened to smear the dealership wherever he could, the dealership was compelled to return the deposit. Both the General Sales Manager and the Sales Manager were clearly dissatisfied.

Despite Tim’s dissatisfaction with the vehicle, the general manager judged that the R8 was still desirable enough to be shown on the showroom floor. The automobile, however, stood out like a sore thumb when it arrived, especially because it was mounted on a pair of garish chrome rims.

For months, the R8 sat in the garage, reminding CB of the event. The vehicle would not be sold until the final day of the year to one of the dealership’s long-time clients, putting a stop to months of anguish for CB.

Read more: For $10K Could This Ford Mustang Pickup Conversion Fulfill Your Ranchero…