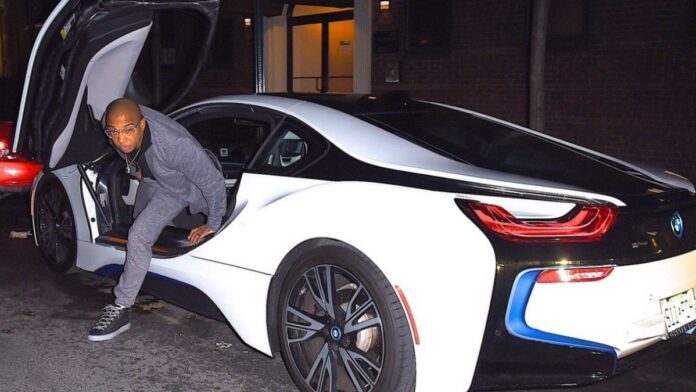 Ja Rule’s Car Collection is lit up by cars like the Lamborghini Murcielago, Rolls-Royce Drophead Coupe, BMW i8, and Range Rover.

Those who enjoy unique automobiles and films may recall the red Integra from the first Fast and Furious film. Ja Rule, an American rapper and songwriter, was behind the wheel of that wild vehicle. Ja Rule definitely enjoys fast automobiles in addition to making music and crafting rap rhymes. In 2001, he starred in the film and has since been amassing his dream vehicle collection. His assortment demonstrates that he is still passionate about fast automobiles. There are a couple of classics in there as well, which you would not anticipate.

The first car in Ja Rule’s car collection is the Italian Murcielago. His green car is powered by a 6.5-liter V12 engine. It can go from 0 to 100 km/h in only 3.4 seconds, with a top speed of 205 mph. The Murcielago isn’t the quickest Lamborghini has ever produced. Ja Rule’s green, on the other hand, is perhaps one of the most vibrant. The two-seater, two-door coupe is opulently appointed and has cutting-edge furnishings. Fine leather interior and automated temperature control are included in every Murcielago to meet the demands of the affluent people who drive and own them.

The cost of a Murcielago wasn’t the only thing that was out of reach. The rapper bought his most costly automobile, a Rolls-Royce model that is also the most expensive. This cost Ja Rule a staggering $400,000. The Drophead Coupe has a distinctive appearance and layout. You could certainly notice one of these from a mile away thanks to its two coach doors and massive rectangular grille, especially if it was driven by Ja Rule.

The Next car in the Ja Rule car collection is the BMW i8, Alongside the extravagant supercar and most expensive Rolls-Royce. The i8 model was BMW’s first-ever plug-in hybrid car, which features a combustion engine as well as an electric motor. The i8 is swift, but it isn’t as quick as the Murcielago. The i8’s electric powertrain allows it to reach peak speeds of 155 mph. It takes 4.4 seconds to accelerate from 0 to 100 km/h. It isn’t as fast or powerful as the Murcielago, but it is far more ecologically friendly.

You may recall a number of Ja Rule’s music videos showcasing a black Range Rover if you’re a fan. Which he still loudly and proudly owns. The ride is a true classic, so it’s no surprise that the rapper is still loyal to it. The Range Rover is a Land Rover sports utility vehicle that was initially introduced in the 1970s. Several more models have been published on a periodic basis. However, we believe Ja Rule’s is as ancient as the music videos from the year 2000.