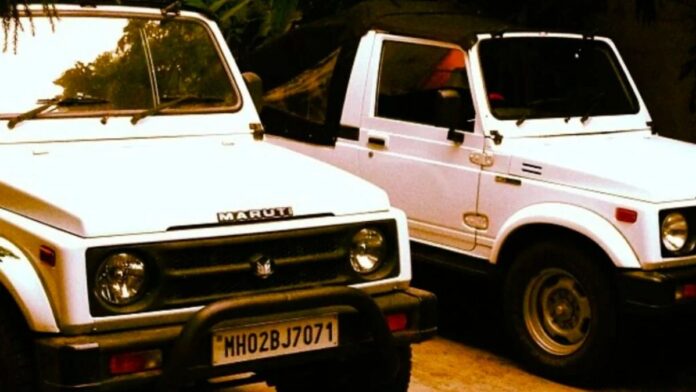 John Abraham, one of Bollywood’s biggest action stars, offers an emotional story about his Maruti Suzuki Gypsy 444. John is well-known for his passion for motorcycles, but he also has a sizable automobile collection, as one would expect from an A-list Bollywood celebrity. However, few people are familiar with the story of his early years. He talks about the harsh times his family went through after his father’s business partner betrayed him.

When John’s father booked a Gypsy, he was still a child. His father was a Gypsy enthusiast who was quite enthusiastic about this off-roader. His business partner, however, betrayed him, and all of his plans fell through. John recalls his father’s concern about putting food on the table the next day. Fighting your way through difficult times in life makes you stronger. This was also evident in John’s case. He progressed through the modeling industry and eventually made it to Bollywood. John never looked back after that, and he continued to work and grow into the man he is today.

His first vehicle was a used Sierra that he purchased from a distant relative. He remembered his father’s affection for the Gypsy once he started working. He purchased the Gypsy 444 at that time. From there, his automobile and motorcycle collection grew exponentially. His garage now houses Lamborghini Gallardos, Toyota Land Cruiser Prados, Nissan GT-Rs, and Audi Q7s. He also owns 18 superbikes and is usually spotted riding them through Mumbai’s streets.

John ended up donating his Gypsy 44 to Animals Matter To Me (AMTM) in Kolad, Maharashtra, an animal non-profit organization. Gypsys are commonly used to convert into animal rescue vehicles. It’s also an excellent off-roader in wildlife areas, capable of traversing any terrain that’s tough to reach with other vehicles. John holds this Gypsy in high regard because of the many feelings he has associated with it over the years. Another reason for its rarity is that he purchased it under the Army’s quota system. He believes that the Gypsy was a gift from the Indian Army.

Read About His Bike Here

These days, John Abraham is seen promoting his next film Attack. Along with John, it stars Jacqueline Fernandez, Rakul Preet Singh, Prakash Jha, and Ratna Pathak Shah. The film will be released across India on April 1, 2022.