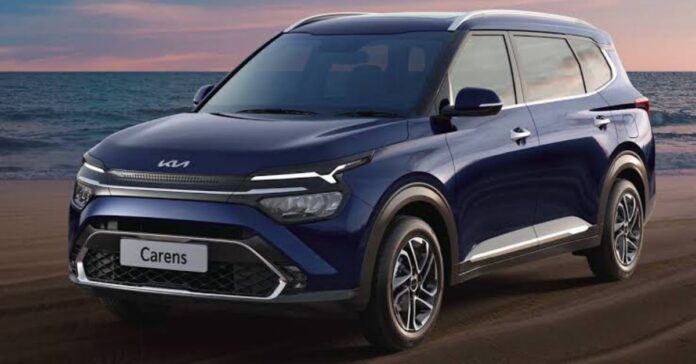 Bookings for the Carens MPV, or RV (recreational vehicle) as Kia refers to it, have begun taking place at all licenced dealerships as well as on the company’s website. Carens can be reserved for interested buyers for a nominal fee of Rs 25,000. Carens commenced production at the company’s Anantapur manufacturing facility early last month. In India, the Kia Carens has been released. The prices range from Rs 8.99 lakh to Rs 16.99 lakh. All prices are in U.S. dollars and include sales tax. Bookings for Carens had surpassed the 19k level even before the rates were revealed.

Carens prices were expected to be close to those of the Hyundai Alcazar before of the price announcement. Kia India, on the other hand, pulled a rabbit out of their hat and astonished everyone with low costs. The pricing of an Alcazar ranges from Rs 16.34 lakh to Rs 20.15 lakh. All prices are in U.S. dollars and include sales tax. Demand for the Carens MPV has increased even more as a result of the aggressive pricing. According to the most recent information, Carens’ waiting period has reached 49 weeks, which is slightly over a year. The Prestige 6MT petrol 1.5 model, which starts at Rs 9.99 lakh, has the longest waiting period. The waiting times for all Kia Carens versions are listed below.

You May Like:  Dwayne 'The Rock' Johnson Gifts His Mother A Brand New Cadillac SUV For Christmas

Premium, Prestige, Prestige Plus, Luxury, and Luxury Plus will be the five trim levels offered by Carens. Carens will be available in six- and seven-seat configurations, with the former featuring two captain seats in the middle row. Only the top-spec Luxury Plus trim will be available in the 6-seater version. Carens will have three engine options, two petrol and one diesel, all inherited from its 5-seater sibling Seltos. A 1.5-litre normally aspirated petrol engine (114 bhp/144 Nm), a 1.4-litre turbo petrol engine (138 bhp/242 Nm), and a 1.5-litre CRDi diesel engine (114 bhp/250 Nm) are among the options. All three powertrains will come standard with a six-speed manual transmission. The turbo petrol engine can be equipped with a 7-speed DCT automatic transmission, while the oil burner can be equipped with a 6-speed torque converter automatic transmission. Carens, like Seltos, will be a front-wheel-drive vehicle.

You May Like:  Most Expensive Lamborghini In The World - Egoista, Veneno Roadster, SC18 Alston, Veneno, Sian