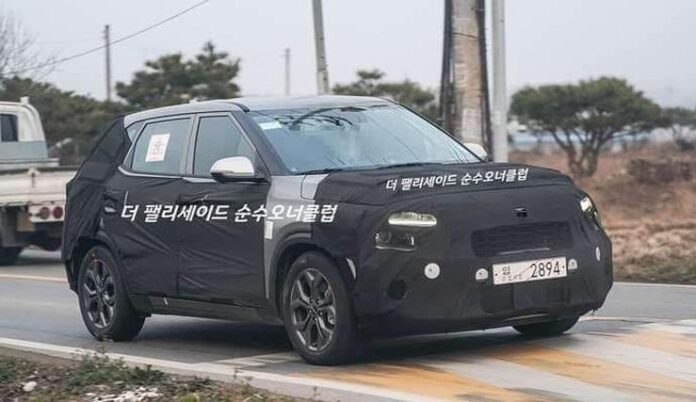 The Kia Seltos facelift is projected to have visual alterations that aren’t as extensive as the impending Creta facelift.

The first spy images of the redesigned Kia Seltos have recently surfaced on the internet. Heavy camouflage on the front and rear of the Seltos facelift has been photographed testing in South Korea, yet it still reveals a few critical elements. The current-generation Kia Seltos was debuted in June 2019 (before of the current-gen Creta), and a mid-cycle update for the SUV could arrive later this year. We go into greater detail about it.

Kia Seltos facelift: what do the spy shots reveal?

The Seltos facelift’s improvements do not look to be as extensive as those seen on the impending Hyundai Creta facelift. The test mule’s face is heavily covered, but it does give us a glimpse of the upgraded headlamps. The Seltos makeover will include new LED Daytime Running Lamp signatures and may resemble the Kia Carens, which was recently introduced in India.

However, this test mule may still be sporting dummy parts, and the final model may have more alterations. Aside from new headlamps, the Seltos is slated to gain a new and wider grille, as well as a reworked front bumper. The SUV’s profile does not appear to have changed significantly, and while the rear end is also fully hidden, we expect a new design for the tail lamps and rear bumper. The next Hyundai Creta facelift, on the other hand, will feature an entirely new front fascia and a redesigned rear-end design, signifying a more dramatic departure from the existing model.

Although these Seltos spy photos do not show us inside the cabin, we do not expect any big modifications to the inside based on the exterior updates. New features, technology, and trim components could, nevertheless, be added.

The Kia Seltos facelift is believed to have no technical changes under the hood. The 115hp 1.5-litre normally aspirated petrol, 115hp 1.5-litre diesel, and 140hp 1.4-litre turbo-petrol engines will continue to be used in India. Options for gearboxes are expected to stay unchanged from present configurations.

The Kia Seltos facelift could see its global debut sometime this year, following which it could come to India subsequently. Considering that the Seltos has been here for longer, Kia wouldn’t take much time to follow up on the Creta facelift with the updated Seltos.