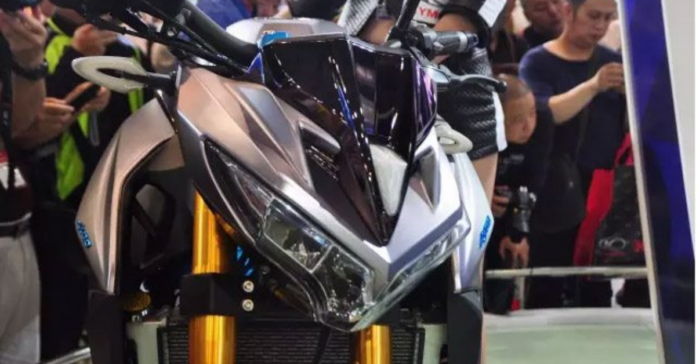 The Kymco Krider 400 is now available in the global market, and it will fight directly with the KTM Duke 390. These two streetfighters are designed in such a way that they may easily attract the attention of racing fans.

The 390 Duke is a natural hooligan with the appropriate attire. Like a fierce featherweight MMA fighter, it’s thin, sharp, and aggressive. Even the sights, such as a combatant’s tattoos, help to build the image.

Both bikes have LED lighting in their headlights, turn indicators, and taillights. The Kymco sports a falcon-styled headlamp, whereas the KTM has a split, vertically stacked LED unit. The instrument cluster of the Kymco Krider 400 is a beautiful LCD panel, but the KTM boasts a more intuitive TFT console with Bluetooth connectivity, giving the Austrian the feature advantage.

The Krider 400 is powered by a 399cc parallel-twin engine that produces 43.5 horsepower and 37 Newton metres and serves as a stressed element in the Truss steel tube frame. These figures are comparable to those of the 390 Duke, but the KTM is lighter. The Kymco is 205 kg, while the KTM is only 171 kilogrammes.

The Krider 400, on the other hand, comes with USD forks with preload adjustment and a seven-step adjustable rear monoshock. Its braking system has a 300mm front dual-disc layout and a 240mm rear disc, as well as dual-channel ABS as standard. In terms of the KTM Duke 390’s arrival in India, it does not appear to be imminent.