Sant’Agata Bolognese, 1 August 2022 – Automobili Lamborghini announces the debut of the Countach LPI 800-4 in the world of video games in Asphalt 9: Legends. The virtual version of the super sports car arrives today on the simulation platform developed by Gameloft for brands. To celebrate the V12’s debut, Gameloft has created a competition dedicated to the Countach LPI 800-4, divided into two elimination stages to be followed by the Grand Finals on September 14.

During the qualifying sessions (open August 1-7 and August 22-28 from 8.00 a.m. to 11.59 p.m.), the participants will compete in single game mode to achieve the best lap time. The fastest will be entered into the Grand Finals, participating in double elimination races that will determine who will participate in the iOS Final, streamed live on Lamborghini’s social media channels.

Asphalt 9: Legends, the latest game in the billion-downloaded Asphalt racing franchise, has become one of the most successful simulation games, thanks in part to the presence of the world’s most iconic supercars, including Lamborghini’s Terzo Millennio, Huracán EVO Spyder, and Essenza SCV12. Starting today, gamers around the world have the opportunity to get behind the wheel of the most powerful road-going Lamborghini ever, a visionary and futuristic limited edition “few-off” that pays tribute to the brand’s historic Countach unveiled in 1971.

Equipped with the longitudinally mounted V12 and 48V hybrid technology (LPI stands for Longitudinale Posteriore Ibrido), the Countach LPI 800-4 delivers a total power output of 814 hp and outstanding performance, with 0 to 100 km/h acceleration in just 2.8 seconds, 0 to 200 km/h in 8.6 seconds, and a top speed of 355 km/h.

“Asphalt 9: Legends is a one-of-a-kind interactive experience,” commented Christian Mastro, Automobili Lamborghini Marketing Director, “that will give thousands of fans the opportunity to discover our hybrid supercar. The Countach LPI 800-4 is the heir to a legendary car, capable of revolutionizing the world of super sports cars and building a fundamental part of Lamborghini’s genetic heritage.” 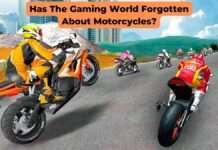 Has The Gaming World Forgotten About Motorcycles? 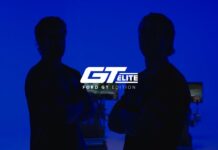 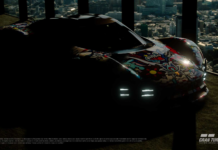