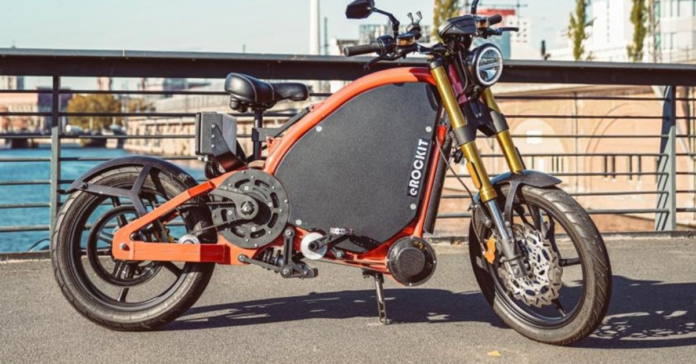 LML, the former Indian scooter market leader, will manufacture and market the eROCKIT, a Human Hybrid, in the Indian EV market. LML Electric has signed a letter of intent with eROCKIT AG to launch a joint venture that would manufacture electric bikes in India. eROCKIT is headquartered in Berlin, Germany. Following the foundation of the JV, the two companies will establish a mass production facility in India’s former Harley-Davidson plant. After that, the Hyper Human Hybrids will be sold all over the world, especially in India. With the help of the German partner, the duo will even design a line of new products.

The JV will not only give LML a new lease of life, but it will also introduce a new type of electric two-wheeler to the Indian EV market, which has long been dominated by goods that aren’t exactly thrilling to fans. The revolution that the bike promises to bring to the market may even hasten the adoption of electric vehicles in the local market. LML additionally intends to not only industrialise the product based on German technology, but also to totally localise it to be FAME-II compatible.

In order to meet with the CMVR homologation standards, the India-spec eROCKIT that will be offered by LML will also include an additional throttle assist. The bike will also include GPRS-based Telematics for a better user experience. The eROCKIT pedal-powered electric motorcycle has a top speed of over 90 km/h and is very easy to ride. The direct drive, which is clutch-free, adapts to the pedal control. Essentially, human pedalling is replicated several times for a powerful performance.

Read More: Toyota Crown Will Reportedly Be a New Hybrid SUV for the U.S

“With this new jewel in LML’s crown, the technology strength, manufacturing prowess, and disruptive consumer experience that we stand committed to offering, will get a new dimension altogether, besides meeting the high level of expectations of our primary as well as secondary TG. This will be irresistible for the millennials too, who probably don’t have any experience of LML other than hearing stories of LML’s “ahead of time” products from their parents until now. LML’s pace of progress is truly beating our expectations and we can’t be any more satisfied as this is no small achievement by any yardstick,” says Dr. Yogesh Bhatia, the CEO of LML, commenting on the new potential partnership.