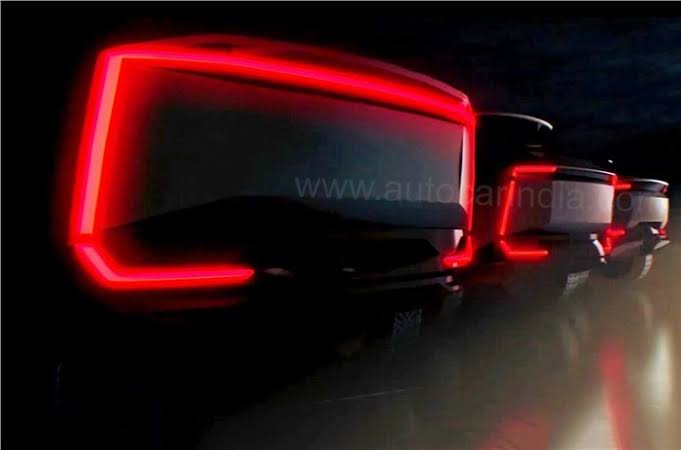 Mahindra Teased The Concepts Ahead Of Their Debut In July

Mahindra has today shown three new electric SUV designs named the ‘Born Electric Vision.’ The three models were created by Mahindra Advance Design Europe (MADE), which is situated in the United Kingdom and is directed by Pratap Bose. The new SUVs will be presented in their full later this year in July.

Mahindra released a teaser video that doesn’t reveal a lot of information. What we can see, though, is the three SUVs’ concept car-like appearance, which includes characteristic C-shaped LED signatures up front and at the back, with subtle variations across models. Another thing we can deduce is that the three SUVs are made up of a small SUV, a mid-size SUV, and an SUV Coupe. All three SUVs, according to our sources, will be built on a new, customised EV chassis. The SUV coupe shown in the film is most likely the XUV900 Coupe, while the mid-size SUV is most likely the XUV700 electric variant. The tiny SUV teased in the film will not be the eXUV300 we’ve seen before, but rather a whole new vehicle. Closer to the unveiling, we expect additional information on each of the EV SUVs.

Mahindra affirmed that the XUV300 EV will be introduced in Q3/Q4 of FY22-23. The firm wants to invest Rs. 3000 crore in electric cars out of a total of Rs. 13,000 crore it expects to invest in the remainder of its operations, which include automotive and farm equipment, among others. Four SUVs from the company’s existing lineup will be converted to all-electric vehicles, while four all-new electric SUVs will be added to the lineup.