Mahindra XUV700 vs Scorpio-N: Which One To Buy? 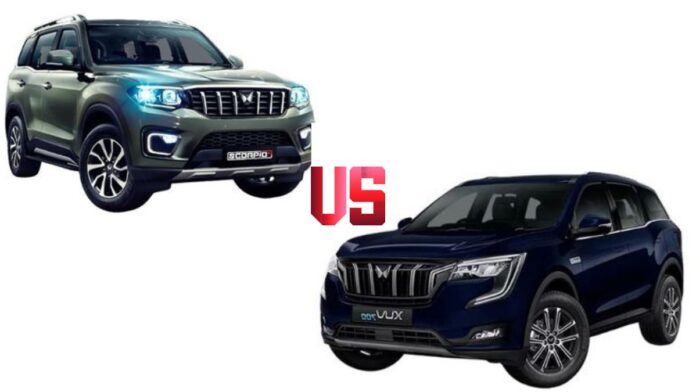 Mahindra has created a similar buzz with the all-new Scorpio-N after introducing the incredibly well-liked all-new XUV700 last year. However, many customers are unsure of which vehicle to choose between the two vehicles since the brand-new Scorpio-N has entered the Indian market. There is a lengthy waiting period for both SUVs, but if you’re willing to wait and are still unsure which one is best for you, the following information should help.

What If You Want A Rugged SUV?

The Scorpio-N is the best option if you want a tough SUV. The XUV700 has more electronics than the SUV does. Scorpio is built more ruggedly than the XUV700 because it is designed for customers who frequently enjoy venturing off the paved path.

If You Want SUV For Off-Roading

Since the Scorpio-N is built on a ladder-frame chassis, it excels in off-roading situations by default. In comparison to the XUV700, which is only suitable for light off-roading, the SUV also provides a significantly more capable AWD system. The Scorpio-N receives a low-ratio transfer case with the 4XPLOR system. Four off-roading settings are available: Normal, Grass/Gravel/Snow, Mud/Rut, and Sand. MLD and BLD differentials are also installed in the Scorpio-N, and the suspension has been modified for improved off-road performance.

SUV With Most Features

The feature list for the XUV700 is longer than the Scorpio- N’s. A panoramic sunroof, memory seats for the driver, an electronic parking brake, a 360-degree camera, and ADAS are some of the added features.

The monocoque on which the XUV700 is based makes it lighter. Although the engines and transmissions in both cars are similar, the XUV700 can accelerate and reach higher speeds much more quickly than the Scorpio-N. The XUV700 feels much better to drive and handle on the highways, despite the fact that there won’t be a significant difference.

SUV With A Good Road Presence

Car Thief Stucks in Mazda6 On Stairs At A Spanish Bus…