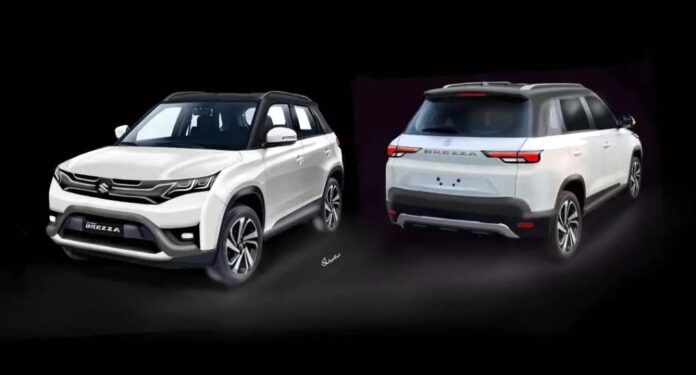 Maruti Suzuki, India’s largest carmaker, has recently lost a major portion of its Indian passenger car industry market share. In order to recapture all of the lost sales momenta, the Indo-Japanese firm plans to launch a slew of new items over the following three years.

This year, Maruti will introduce three all-new models in India, which are detailed below. Minor modifications, such as the forthcoming Baleno CNG, are not mentioned.

The Alto, Maruti Suzuki’s most economical model in India, is about to get a new generation. The next model will most likely be based on the Heartect platform and larger in size than the current variant.

The existing 0.8-liter engine will most likely be carried over to the next-generation model, with improvements to fuel efficiency and emissions. The company may also include a 1.0-liter petrol engine option. A CNG powerplant option will also be available for the hatchback.

The next-generation Vitara Brezza will be launched in India in the coming months. The new model, which is expected to be called simply ‘Brezza,’ would have a sharper outward style and a more upscale interior design, as well as numerous convenience and safety features.

The new-generation Brezza will most likely be powered by the same K15C petrol engine that powers the new Ertiga and XL6. A 5-speed manual and a 6-speed torque-converter automatic transmission will be available.

In collaboration with Toyota, Maruti Suzuki is developing a new C-segment SUV for the Indian market. It will be available from both automobile brands, with visual variations to distinguish the two versions. It will be released around the time of Diwali, and Toyota will be in charge of production.

You May Like:  Kapil Sharma Gets Himself New GLS 400D

This forthcoming Maruti-Toyota SUV is believed to be equipped with two 1.5-liter petrol engines, one with light hybrid assistance and the other with a full hybrid arrangement. In this class, the hybrid powertrain is anticipated to deliver the best fuel economy. There will, of course, be plenty of features and equipment available.