Maruti Suzuki To Launch A Whole New Range Of SUVs 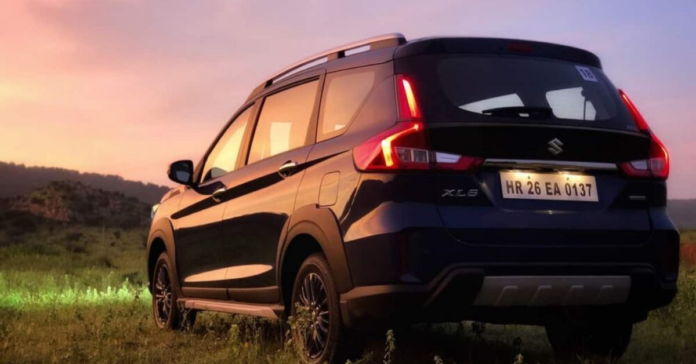 Maruti Suzuki’s product strategy for the Indian market is becoming more aggressive. Several new goods have already been announced, including the redesigned Baleno, Ertiga makeover, and XL6. According to a recent media source, MSIL is on track to launch one of its largest product offensives this fiscal year.

Maruti Suzuki will produce a new range of SUVs, both below and over 4 metres in length, to reclaim lost market share. The redesigned Brezza will be available in the next several months, according to the manufacturer. Maruti Suzuki will also debut a new mid-size SUV, the all-new Jimny, as well as a crossover based on the Baleno chassis. According to the source, Maruti Suzuki would also give its best-selling hatchback, the Swift, a mid-life facelift.

Maruti Suzuki and Toyota are working together on a new mid-sized SUV dubbed YFG. Toyota will also offer a variant version of this SUV, dubbed the Toyota D22 internally. Toyota’s Bidadi facility will manufacture the new model. The new Maruti YFG will be built on Toyota’s DNGA (Daihatsu New Generation Architecture) platform, which also serves as the foundation for the Toyota Raize and the new Avanza.

Not only will the new Maruti YFG SUV share the Toyota base, but it will also use the Toyota petrol-hybrid engine. A petrol engine with manual and automatic transmission will also be available for the new SUV. The Hyundai Creta, Kia Seltos, VW Taigun, Skoda Kushaq, and MG Astor will all be competitors for the new mid-sized SUV.

In 2023, Maruti Suzuki will launch a long-wheelbase version of the Jimny lifestyle SUV in India. The Mahindra Thar and the Force Gurkha will be competitors for this 5-door variant. A 1.5L K15C dual-jet petrol engine with SHVS hybrid technology will power it. The new Ertiga and the XL6 are likewise powered by same engine. A 5-speed manual and a 6-speed torque converter automatic transmission are likely to be available.

MSIL is also developing a new coupe SUV for the Indian market, codenamed YTB. With a length of less than 4 metres, the new Coupe SUV will be a more luxurious alternative to the Vitara Brezza. It could be a production version of the Futuro-e Concept, which debuted at the 2020 Detroit Auto Show. Suzuki’s lightweight HEARTECT platform, which underlies the Baleno, Ertiga, and Ciaz, is likely to be used for the new vehicle. It will be available for purchase through NEXA premium dealerships. It will most likely be driven by a 1.5-litre petrol engine mated to a more powerful hybrid with a higher level of electrification.