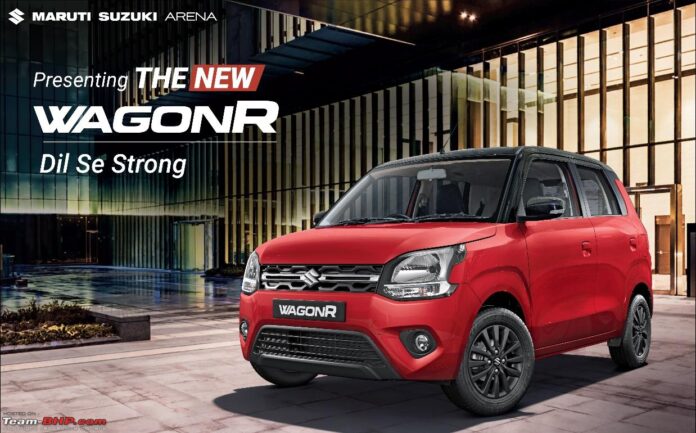 Maruti Suzuki Wagon R Becomes India’s Best-Selling Car In 2022, Yes you heard it right. In order to maintain its position as the market leader in the segments it already competes in and expand into new ones in order to gain market share, Maruti Suzuki India Limited (MSIL) had a busy 2022 with new launches that came out one after another. One of them, the WagonR, got a slight update in February 2022. Currently, the price ranges from Rs. 5.47 lakh to Rs. 7.20 lakh (ex-showroom).

By maintaining its position from the previous year with a cumulative domestic tally of 2,21,850 units, the WagonR has become the most popular passenger car in the nation in the 2022 CY. It was the only model in India to surpass the two lakh sales milestone. The third generation of the Wagon R was first introduced in 1999.

The tall riding hatchback received its biggest update in 2019 with the addition of a new platform, fresh styling, and a roomier interior. The WagonR is one of the most popular vehicles ever sold in India with about 3 million units already on the road. The five-seater is available in standard gasoline and CNG versions, as well as a tour-specific model.