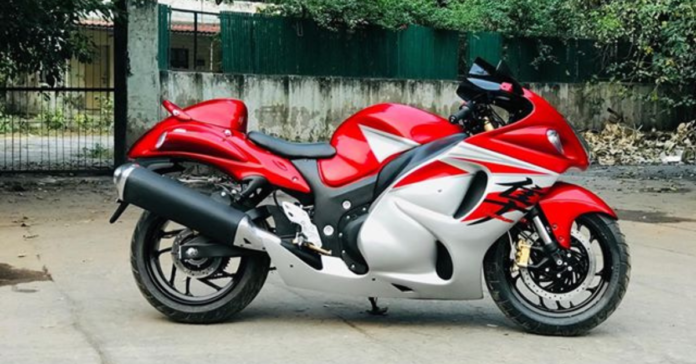 Several motorbike customizers have the ability to captivate an audience with their work, but one latest modification by Bittoo Bike Modification (Delhi) has outdone all others. Vamp Video, a YouTube channel that presents motorbike customizations with honest and direct assessments, has brought the noteworthy motorcycle makeover to light.

According to the video, the customizers have transformed the Bajaj Dominar 400 into a last-gen Suzuki Hayabusa GSX1300R that looks identical to the original Hayabusa type available in India. The bike was designed for a customer who works in Iraq and wanted a combination of shiny red and silver for his powerful machine.

The motorcycle’s overall detailing is very realistic and cannot be mistaken for a modification made to another machine. The use of Suzuki Hayabusa stickers that are comparable is likewise unchanged. Modifiers have also added blackened alloy wheels to the motorcycle, similar to the Hayabusa, as well as twin functioning disc brakes, which is a new feature. Aside from that, the mods have also provided the motorcycle with gold-colored USD forks.