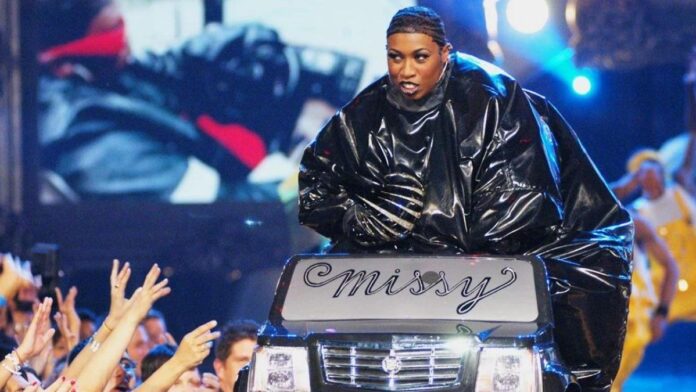 Missy “Misdemeanor” Elliott is an ageless rapper (really, she’s 47 and appears younger every year) who rose to prominence in the 1990s as part of the all-female R&B group Sista. She later joined the Swing Mob collaboration alongside Timbaland, a childhood friend, and longtime collaborator. Supa Dupa Fly, her debut album, was released in 1997, and it debuted at #3 on the Billboard 200, making it the highest-charting debut for a female rapper at the time.

After that, she sort of vanished from view. She’s won four Grammy Awards, sold more than 30 million albums in the United States, and is the best-selling female rapper in Nielsen Music history, but she hasn’t released anything new since the early 2000s.

Missy Elliott referred to this automobile as a “Lexus Jeep” since it was one of the “Hot Boyz” cars she didn’t know much about. She has a love for Jeep-like automobiles, despite the fact that she does not own one. The Lexus LX 570 is still a fantastic high-end luxury SUV. It has a starting price of $85,630 and has been in production since 1995, so it doesn’t appear to be going away anytime soon. The LX-Class has done well through three generations, and different varieties of LXs are marketed all over the world.

Missy Elliott is clearly a fan of luxury SUVs, and the Lincoln Navigator is right up there with the best of them. She also included “Lincoln Jeeps” in her “Hot Boyz” song, making three separate SUVs that she incorrectly referred to as “Jeeps,” all of which she owned. Overall the car is amazing and practical in its own way, and costs around #77,000

Missy Elliott has two Lamborghini Gallardos, each in a distinct color scheme. These Lambos start at $181,900, which puts them on the low end of the Lambo market. With 14,022 units constructed between 2002 and 2013, it was the best-selling Lamborghini vehicle throughout its production years.

It was the stable-mate of a succession of V12 flagship vehicles, first the Murcielago, then the Aventador, and was powered by an even-firing 5.0-liter V10 engine.

The Enzo Ferrari (unofficially the Ferrari Enzo) is one of the rarest, high-end supercars produced by any manufacturer, not only Ferrari. It represents the pinnacle and pinnacle of Italian unique engineering. The V12 mid-engined automobile was constructed in 2002 utilizing Formula One technology and named after the company’s founder.

Missy has one of the 400 that were made. It sports a carbon fiber body and carbon-fiber-reinforced silicon carbide disc brakes, as well as an F1-style electrohydraulic shift transmission. Its 6.0-liter V engine produces 651 horsepower and can go from 0 to 60 mph in 3.14 seconds. It has a peak speed of 221 miles per hour. For all of this, the automobile originally cost $659,330, but they’re currently selling for $3 million and above!

The Rolls-Royce Phantom is one of the most luxurious automobiles available. Missy Elliott seemed to be unconcerned about the difference between speed and elegance. She’ll take both of them. The Phantom has a 6.75-liter V12 engine that produces 563 horsepower and begins at $418,825.This isn’t your grandfather’s luxury vehicle; instead, it’s a high-powered, high-performance masterpiece.

The 2018 Phantom VIII features rear suicide doors, sometimes known as “coach doors,” which make it even more snazzy. This is an excellent automobile for demonstrating that the owner has a lot of money and power, so congratulations to Missy on obtaining one.

The purple Lamborghini Diablo is a scorcher. Even as a child, the purple Diablo from Hot Wheels made you desire one. Only 2,884 Diablos were made between 1991 and 2001. The first production Lamborghini was capable of reaching a high speed of over 200 mph, despite the fact that it was not tightly restricted.

Prices for the Diablo VTTT varied from $92,591 for the base model to $300,000 for the GT and $500,000 for an aftermarket modified Diablo VTTT. Overall the car collection of Missy Elliott also includes cars like the G wagon and few more.