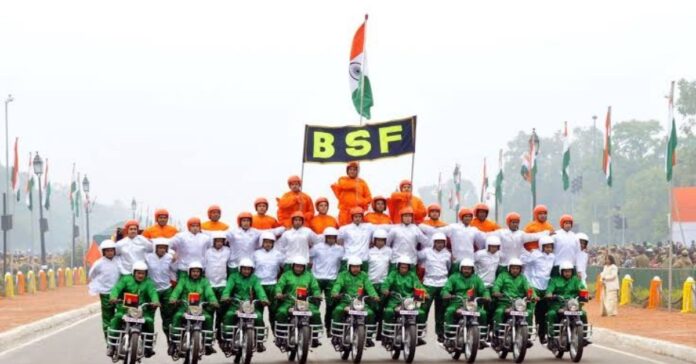 Daredevil feats done by our military personnel on motorbikes are a must-see at Republic Day parades. Several remarkable stunts have been performed over the years. We have a lot of admiration for in the previous five years. Motorcycle stunts were not performed at India’s 72nd Republic Day festivities last year due to coronavirus-related laws. The number of spectators at the event was also drastically reduced. Citizens are now preparing to see the amazing performance planned for the Republic Day Parade in 2022! Let’s take a trip down memory lane and look at the gravity-defying stunts by motorcycle-borne men performed over the last five years.

In 2017, the country’s 68th Republic Day was commemorated with excitement and a large procession. The Corps of the Military Police put on some of the most amazing motorcycle stunts this year. These aren’t your typical tricks like raising the back wheels in the air or doing wheelies; instead, they go above and beyond to achieve the unthinkable! With numerous intricate configurations of people on motorbikes, the feats were amazing. To say the least, standing on top of each other on running motorbikes is interesting! They also did incredible things like individuals riding on a trellis attached to a motorcycle and whirling like propellers. Then, over nine motorbikes, dozens of human riders formed a pyramid.

Like every year, India’s Republic Day was celebrated in magnificent style at Rajpath in 2018. At the parade, the newly formed BSF (Border Security Forces) Women’s Motor Cycle squad, led by Seema Bhawani, made a spectacular debut. The incredible antics were carried out by a squad led by Sub-Inspector Stanzin Noryang, and featured a special salute for India’s President. Faulaad, side riding, fish riding, bull fighting, prachand baalay Shaktiman, Seema Prahari, sapt Rishi, and other outstanding exploits were performed. The Seema Bhawani began with twenty-six 350-cc Royal Enfield motorbikes and 113 female workers.

2019 : Human pyramid and other bike stunts

On India’s 70th Republic Day, January 26, 2019, several spectacular motorbike feats were performed to the joy and wonder of onlookers and countrymen alike. Captain Shikha Surahi of the Corps of Signals performed a fantastic motorbike stunt with her comrades for the sake of the audience. The yoga stunt executed by motorcyclists, together with the human pyramid of 33 persons on nine bikes, headed by Subedar Major Ramesh A, was one of the most stunning exhibitions. This year’s Republic Day Parade was highlighted by a reckless motorbike show.

For the 71st Republic Day Parade in 2020, the CRPF (Central Reserve Police Force) All Women Biker Contingent made their debut. The team of 65 female motorcyclists, led by Inspector Seema Nag of the RAF (Rapid Action Force), did amazing and acrobatic exploits, including a human pyramid formation on numerous bikes.

We hope that the current scenario due to pandemic don’t last long and we are able to watch the spectacular bike stunts at our next republic day.