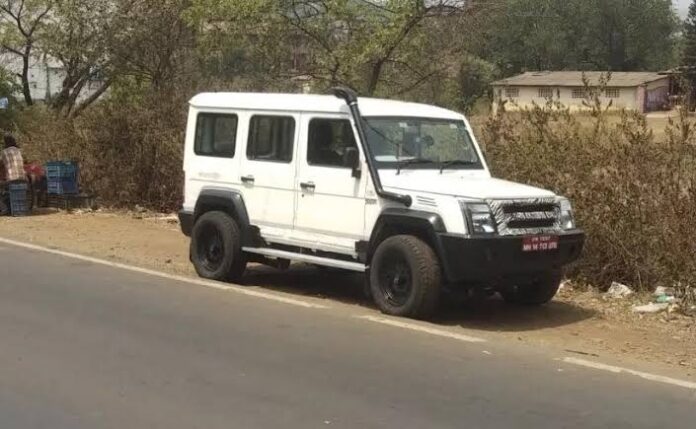 While it’s no secret that Force is developing on a 5-door version of the Gurkha, this is the first time the purpose-built off-road SUV has been observed unmasked testing. Though it is possible that this is not the final production-ready version of the SUV, there are several significant visual differences when compared to its 3-door sibling. The 5-door Gurkha is planned to be released later this year, using a longer version of the 3-door’s C in C ladder-frame architecture.

The inclusion of two doors is the clear distinction in the design of the future SUV. The SUV’s sides also have split windows between the second and third rows, rather than the long window on the 2 row version, and a bigger foot step between the SUV’s longer wheelbase and the second row. The SUV, like the 3-door, has squared-off wheel arches but rides on chunkier tyres. The horizontal ventilation holes on top of the front wheel arches are also unique to this design, but they could just be for show.

The bumper design is unchanged in the front, and the disguised grille has the same shape as the 3-door equivalent. The headlamps have been modified on the front, since the ones seen on the test mule are square instead of circular, as they were on the 3-door variant. The spotted mule also had blacked-out steel rims and no fog lights, implying that this is a low model for the future off-roader. The SUV could come in six- and seven-seat configurations, with captain seats on all rows in the six-seater and a bench in the middle row in the seven-seater. Because the SUV’s last row is accessed through the back door, an 8-seater form is doubtful.

The 5-door Force Gurkha Vs Rivlas

The 5-door Force Gurkha could launch ahead of the impending 5-door Maruti Suzuki Jimny and the 5-door Mahindra Thar, which could enable the off-road-based SUV establish a niche market. The SUV is expected to retain the same feature set as the 3-door variant, as well as the same 2.6-liter diesel engine and 5-speed manual transmission.