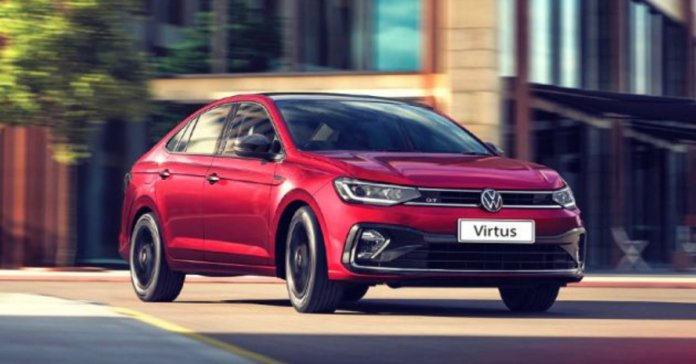 We’re only two months away from finishing the first half of the year. In the last four months, we’ve seen a slew of new car introductions, with more on the way in the next two months. Here are some of the most important data about the next new cars, which are expected to debut in June 2022.

The Brezza, Maruti Suzuki’s best-selling SUV, will enter its second generation next month. Its official release date has yet to be revealed. The new one will have better looks, more advanced features, and a new 6-speed automatic transmission than the existing one. According to reports, the mild hybrid technology may be dropped from the Maruti Brezza in 2022.

In May, the Venue subcompact SUV will receive its first mid-life update from the South Korean carmaker. The majority of the modifications will be applied to the front fascia. The redesigned Hyundai Venue for 2022 will have a parametric grille influenced by the Tucson, as well as new rectangular headlights and LED DRLs. An updated touchscreen infotainment system and new BlueLink linked car technology could be among the interior upgrades. The engine arrangement, on the other hand, will not change.

The Tata Nexon EV in 2022 will have a larger 40kWh battery pack with a range of over 400km and a power output of over 136PS. With the new model, the business will include a more powerful 6.6kW AC charger. According to rumours, the upgraded Nexon EV will have various regeneration modes, allowing the intensity of regenerative braking to be adjusted. On the outside, the tiny SUV will be outfitted with new dual-tone 16-inch alloy wheels.

The Japanese carmaker has stated that prices for the new City e:HEV hybrid sedan will be announced in May. It will be the country’s first robust hybrid electric vehicle in the mainstream category. The vehicle is powered by a 1.5L 4-cylinder Atkinson cycle petrol engine with two electric motors. The gasoline engine produces 98 bhp peak power and 109 horsepower with electric assistance. It gets 26.5 kilometres per gallon.

The Volkswagen Virtus, the German automaker’s forthcoming mid-size car, is set to hit stores on June 9, 2022. The 1.0L TSI and 1.5L TSI petrol engines will be available for the vehicle. A 6-speed manual, a 6-speed torque converter automatic, and a 7-speed DSG automatic will all be available. The Virtus and the Skoda Slavia share the same platform, features, and components.

Jeep India has revealed that pre-orders for the next Meridian three-row SUV will commence on May 3rd, 2022. However, deliveries will begin in the third week of June. The vehicle is based on the Commander SUV from Brazil, and it shares the platform as well as a few design elements and features with the Compass. It will, however, be longer, wider, higher, and roomier than the Compass. It will be powered by the same 2.0L, 4-cylinder turbo diesel engine that produces 170 horsepower.

The Citroen C3 will be the French automaker’s second offering in India. It will be the first model designed and built under the C-cubed initiative of the firm. The 1.2L turbo petrol engine will be available with both a 5-speed manual and a 7-speed dual-clutch automatic gearbox in this premium hatchback. It’s based on the CMF modular chassis and features a variety of SUV-like stances.