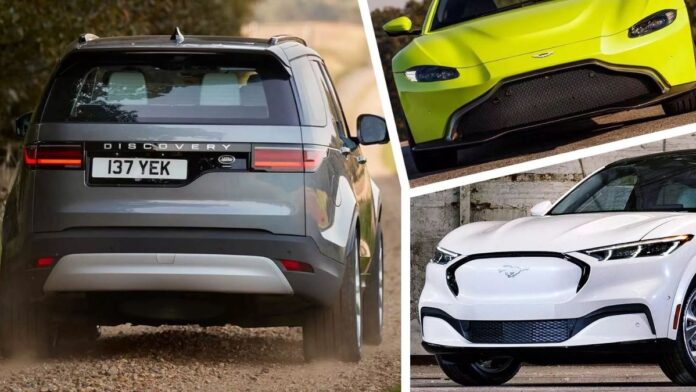 Automobile design is a very subjective field. One person’s Aston Martin may be another person’s Kia Amanti, but it’s frequently the small nuances that determine whether you like or dislike a car’s appearance.

Many automobiles seem essentially identical in form and proportion due to aerodynamic principles adopted to optimise fuel economy and the requirement to comply with safety standards, so manufactures rely on lights, grilles, and weird bodywork oddities to help us tell them apart.

But, although some of those over-the-top elements, such as the BMW 4-Series’ grille, will make half of us swoon, the rest of us will be turned off. Which aspects of modern automobile style irritate you the most? Take a look at this collection of subjective design flourishes, then tell us which ones truly grate on your nerves in the comments section.

The controversial crossover-style black plastic fender trims on the 2022 Subaru WRX appear to have as many fans as detractors, although most people seem to despise the large black diaper that acts as a rear bumper.

On the Genesis GV70’s nose, there’s plenty to attract your eye between the Bentley-esque grille and the unusual bisected headlight layout. However, after you’ve noticed that the hood appears to be perpetually ajar, you won’t even notice.

Since the Discovery’s debut in 1989, an offset licence plate has been a signature feature of the vehicle’s rear appearance. However, because there was a spare wheel bolted to the back door at the time, it made sense. Even though the wheel had dropped below the trunk floor due to the dogleg form of the rear window on the later LR3, it still looked good. However, when fitted to the contemporary Discovery, it makes the back of the British SUV appear like it has Bells palsy.

The dramatically altered look of the 2018 Vantage made quite a sensation, as it replaced the conventional vaned grille with a moodier mesh version. We enjoy the new appearance, but for purchasers who like the face of previous Aston Martins, aftermarket manufacturer Revenant Automotive quickly developed a replacement bumper/grille pair, and now Aston Martin itself provides a choice of grilles at the time of order (pictured above).

If we’re talking about grilles, it’s all too simple to point the finger at BMW, but there are so many to choose from that it’s tough to know where to begin. Instead, let’s take a look at the Ford Mustang Mach-E. Is it just us, or does that obnoxious half cut-out grille resemble one of those cardboard box handle holes screaming to be folded over?