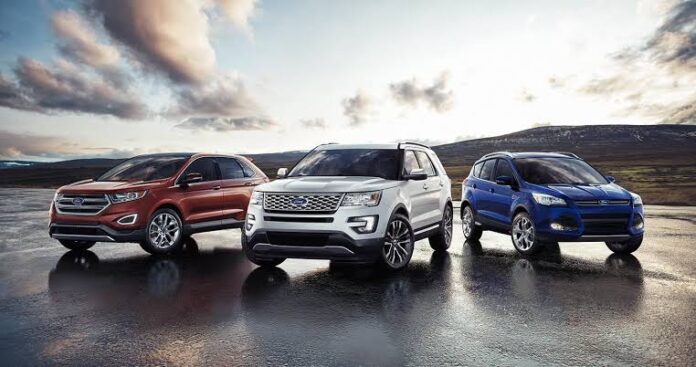 Carmakers have cited rising input and operational costs as the primary reason for the price hike.

Several carmakers, including Maruti Suzuki, Toyota, Skoda, and Tata, have announced price increases for certain models beginning in January 2022. Due to exchange rate fluctuations and increased input and material costs, automobile manufacturers frequently raise prices at the start of the calendar year. Not only mass-market automakers, but even luxury companies such as Mercedes and Audi, have announced price increases across their whole product range. Let’s take a look at all of the companies who are planning to raise prices starting next month.

Maruti Suzuki was one of the first companies to announce a price increase, which would take effect in January 2022. The price increase will apply to all Maruti Arena and Nexa models, albeit it may vary according on the model. While Maruti hasn’t confirmed the extent of the price hike on each model, expect the updated prices to be revealed before the end of the year. Maruti increased the price of its models three times in 2021: the first time in January, the second time in April, and the third time in September.

Honda is also anticipated to raise its model prices starting next month. The automaker has stated that it is investigating how much of the growing input and commodity prices can be absorbed by the company and how much must be passed on to customers. In the next days, expect an official announcement. In India, the price increase is projected to effect all Honda models.

Renault is also planning to raise the price of its automobiles starting in January. Renault, like all other automakers, has cited growing input and material prices as the cause for the price increase. Renault presently sells four models in India: the Kwid, Triber, Kiger, and Duster, all of which are projected to suffer significant price increases.

Tata Motors, India’s largest automaker, has also announced a price increase across its entire vehicle lineup, which will take effect in January 2022. This applies to both commercial and personal automobiles. While Tata has indicated a 2.5 percent price increase for its commercial vehicles, no specific amount has been given for the passenger vehicle range. It will, however, be available to all of their models, both electric and ICE-powered, including the recently released Tata Punch.

From January 2022, all Toyota vehicles will be more expensive. Toyota, too, has not disclosed the amount of the price increase, but has stated that it would apply to all models. The amount of the price increase is expected to vary by model. Toyota sells the Innova Crysta and Fortuner in India, as well as the badge-engineered Urban Cruiser and Glanza. Increasing input and commodity costs have also prompted this.

Skoda has announced that starting in January 2022, all of its models sold in India – the Kushaq, Octavia, and Superb – will receive a 3% price increase. Next month, the specific model and variant-by-variant price hike will be published. Skoda, on the other hand, has only raised prices on a few of its models in 2021, with the Kushaq, Octavia, and Superb each experiencing a single increase.

Volkswagen has announced that starting January 1, 2022, the Polo, Vento, and Taigun would be subject to a price increase ranging from 2 to 5%. The amount of the price increase for each model has yet to be announced by the automaker. The recently released Volkswagen Tiguan facelift, on the other hand, is exempt from the price hike.

The C5 Aircross, Citroen’s only model sold in India, will experience a 3% increase in its ex-showroom price. This is the second price rise on the C5 Aircross in less than two months, with the first being in November of this year, when the car’s price was increased by up to Rs 1.30 lakh. The C5 Aircross is currently available in India for Rs 31.30 lakh to Rs 32.80 lakh (ex-showroom, India).

Mercedes-Benz, among premium carmakers, has announced a 2% price increase on select models, however the business is offering price protection on other models. Mercedes has emphasised that clients who have pre-ordered MY2021 vehicles and are waiting for them to arrive would receive them at the same price as when they were pre-ordered. Customers who book select Mercedes-Benz models such as the A-Class, GLA, and E-Class by December 31 will also receive price protection.

Audi, on the other hand, will implement a 3% price increase across its whole product portfolio beginning in January 2022. Audi, like all other automakers, has cited growing input and operating expenses as the cause for the price increase.

What are your thoughts on the spate of price hikes announced by so many automakers in the run-up to the new year? Please let us know in the comments section below.

No, This Porsche Carrera GT Is the Most Expensive Car Ever...