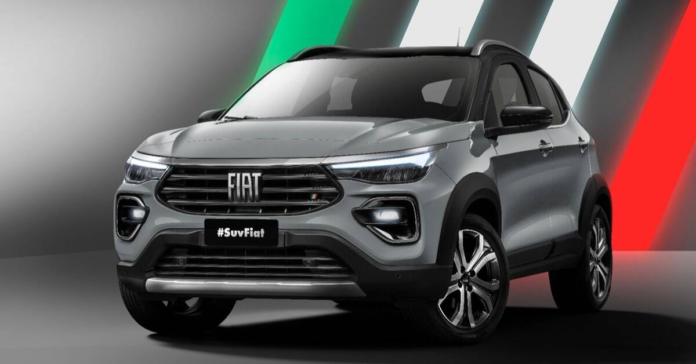 Fiat has taken the wraps off a new crossover for the compact SUV which we wish could be available in India. However the SUV is codenamed as Progetto 363. It will go on sale in South American markets till later 2021. Furthermore , Fiat Brazil has preselected three names for model [ Tuo , Dumo and Pulse ]. However company is going to conduct an online Poll and finalise the name.

Inspired by the Strada four-door pick-up , Progetto 363 features an upright front fascia with a large FIAT logo in the centre. The grille is flanked by sleek wraparound LED headlamps. However the grille and headlights are inspired from Maseratri Levante. The rear of the car reminds us of the Audi Q3. However it has a similarly shaped rear hatch. Also the SUV gets black cladding around the wheel arches and dual exhaust.

Under the Hood lies a 126 BHP 1.0-litre, direct-injection turbo-petrol engine, with a 1.3-litre petrol unit and a 1.3-litre naturally aspirated motor. In addition , Fiat has confirmed a new turbocharged engine.

Interior of Progetto 363 has not yet revealed by the Brand. But as per the expectations it will include a floating touchscreen infotainment system, digital instrument console and more. Also the wireless charging and Android Auto, Apple CarPlay can be expected. These engines can run on flex-fuel, something that Brazil promotes.

It’s unlikely that this Fiat SUV makes its way to India, although it could be a great vessel for the brand’s revival in the country. Of more interest is the MLA architecture. With Stellantis having reorganised the Jeep and Citroen brands in the country this new architecture could form the basis of a jointly developed sub-four-metre SUV for India.