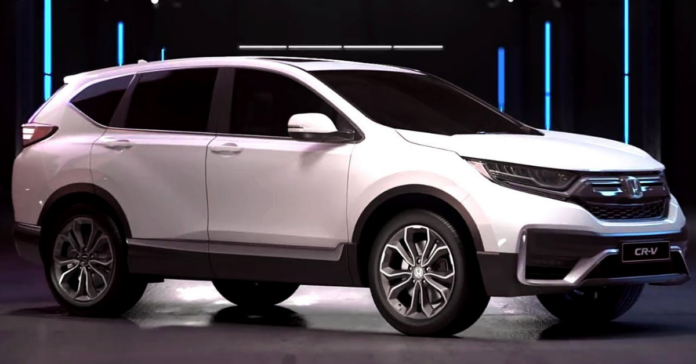 Honda Cars India has a lot of ambitions for the Indian market. This time, the Japanese automaker will introduce two new SUV models to compete in the extremely competitive SUV segment. According to a recent media source, the business plans to introduce a sub-4-meter SUV to compete with the Brezza, Venue, and Sonet, as well as a mid-size to compete with the Hyundai Creta and Kia Seltos.

According to the report, Honda is investigating 6- and 7-seater variants of its next mid-size SUV to appeal to a broader market. If it goes on sale, the new Honda 7-seater SUV will compete with the Hyundai Alcazar and Tata Safari. The SUV is expected to sell roughly 4,100 units every month, according to internal estimates. The new 7-seater SUV could be built on the new-generation Honda BR-V (global-spec) platform.

According to reports, the next Honda mid-size SUV will feature the same e:Archieture as the City Hybrid. In actuality, the hybrid sedan’s screen system and powertrain will be used. The latter is equipped with a 1.5L 4-cylinder Atkinson Cycle engine and two electric motors. The new Honda mid-size SUV will be available with the same petrol and diesel engines as the City. It will be around 4.3 metres long. Its design and style could be influenced by the RS concept SUV, which has angular wraparound headlamps, a redesigned grille, vertical slatted fog lamps, and a nearly finished bumper with a broad airdam.

You May Like:  3 Upcoming CNG Cars From Hyundai & Kia

The company may offer numerous engines from the Amaze in its upcoming compact SUV. A 1.5L i-DTEC diesel and a 1.2L normally aspirated petrol engine could be available. It’s possible that a gasoline engine with moderate hybrid or strong hybrid technology will be available. According to the article, the corporation intends to sell roughly 6,200 units of the vehicle per month.

Most popular cars in Singapore