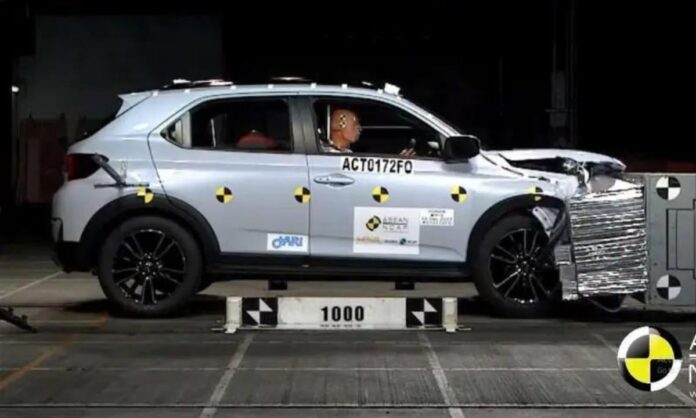 Honda just launched the latest generation Honda WR-V in the Indonesian market. The SUV is around 4 metres long and is being considered for release in India. Honda has also revealed intentions to introduce a brand-new SUV in our market in the coming months. It will be a midsize SUV, competing with the Hyundai Creta, Kia Seltos, Maruti Grand Vitara, and others. The sub-4-meter SUV is planned to be released in 2024.

Adult and child occupant protection in the new Honda WR-V

The new Honda WR-V SUV was crash tested by ASEAN NCAP and passed with flying colours. In the crash test, it received a perfect 5 stars. ASEAN NCAP tested the WR-V RS version. This model includes Honda Sensing or ADAS technology as standard. It has side and curtain airbags, as well as twin front airbags, and is powered by a 1.5L NA petrol engine

In the adult occupant test, the new Honda WR-V received 27.41 points out of a potential 32. The SUV gets 14.88 points for frontal collision, 8 points for side impact, and 4.73 points for head protection. The test findings suggest that the SUV provides appropriate protection for the dummy occupants’ chests. Furthermore, the vehicle’s frontal compartment stayed steady throughout the test.